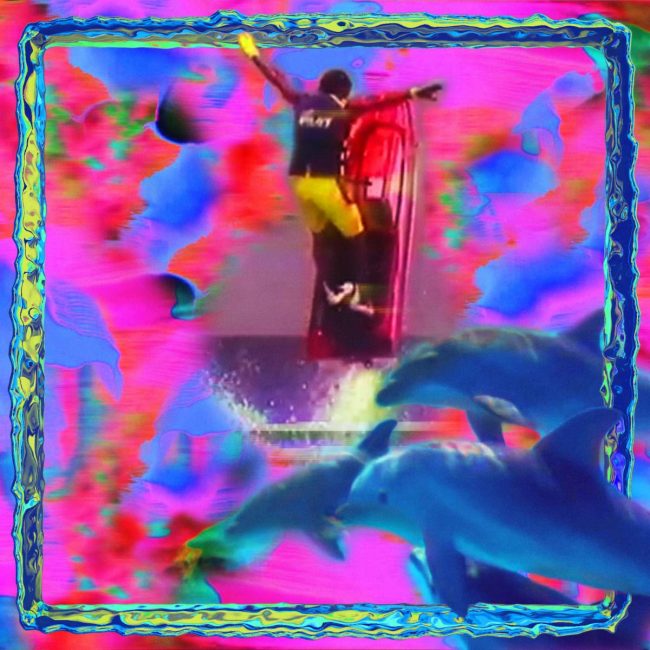 New York natives Acid Dad will be releasing their second album Take It From The Dead on June 11th and have put out the lead single “RC Driver”.

The driving psychedelic rock of Acid Dad is on full display here. The drums constantly pulse, the vocals have a glossed-over effect that make them just slightly out of reach, the guitar riffs get stuck in your head, and the bass thumps hard. The jam at the end of the song screams to be played live. I could see this being extended and taken deep as a crowd goes absolutely wild for it. Hopefully, we’ll be able to see the band test it out before the year is over.

Singer and guitarist Vaughn Hunt said of the song:

“‘RC Driver’ is about how I wish I raced cars for a living. All I wanna do is go fast and do stunts. I grew up near a lake, so jet skis are the next closest thing. Ain’t nothing like rippin’ a supercharged Sea-Doo going 90mph on pure glass, baby. Webb, our visual artist, and I got inspired and started digging for 80’s and 90’s jet-ski commercials. We distorted and chopped them up into a vhs color trip using a combination of digital and analog feedback.”

The distorted video is below and preorders for the album should be live soon.

The post Acid Dad – “RC Driver” appeared first on We All Want Someone To Shout For.