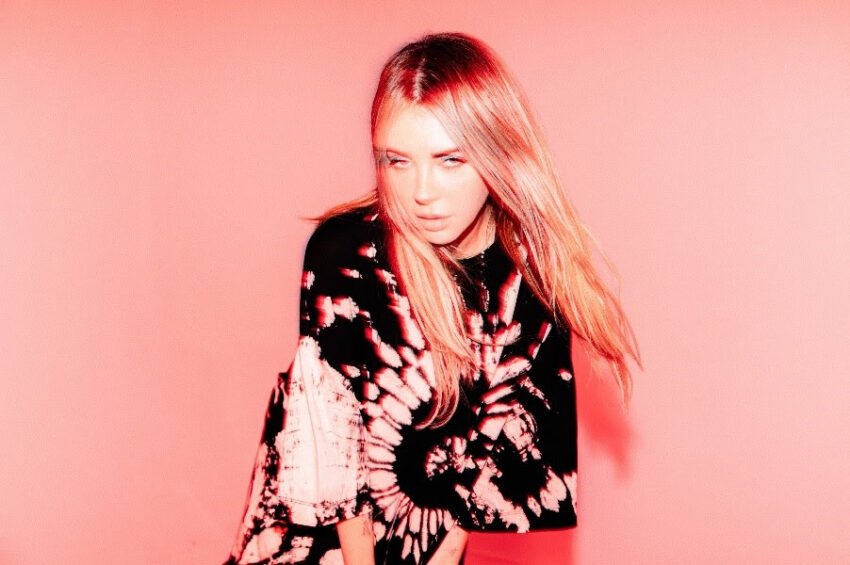 Alison Wonderland, one of electronic music’s most acclaimed artists, boldly begins 2022 with a powerful new single and video. On “Fear of Dying,” which Alison wrote and produced, she unpacks the ever-present anxiety and crippling fear of losing someone close to you – coupling her trademark head-spinning drops and angelic vocals with hop-skip drum patterns and infectious gamer-girl synth blips.

Themes of death and rebirth reverberate in the official video for “Fear of Dying,” which was directed by Brandon Dremer (Dillon Francis, Diplo, Panic! at the Disco). As Alison begins a new journey, she first must confront her past. She takes a dizzying ride through the streets of Los Angeles at night with a captive at her side – the purple-haired Alison who emerged with 2018’s Awake, her second album to debut at No. 1 on Billboard’s Top Dance/Electronic Albums chart.

The new single comes on the heels of Alison’s euphoric dark-side banger, “Fuck U Love U,” and her year-end performance at Decadence in Arizona. She’s already announced a string of festival dates for 2022, including Ultra, and an April 1 headline show at the Shrine Expo Hall in Los Angeles. Tickets for the Shrine show are available HERE.

2021 tour highlights included Alison’s multi-night, sold-out Red Rocks shows and her 80,000 strong performance at Lollapalooza, where she teased “Fuck U Love U,” fanning intense anticipation among fans. Upon its release in early December, the single debuted on the covers of Spotify’s Friday Cratediggers and New Dance Beats playlists and quickly amassed over one million combined global streams. Watch the lyric video, which was directed by electropop singer/producer/songwriter Elohim, HERE.

Billboard praised “the head-banging brilliance” of “Fuck U Love U” that followed her stand out releases last year, a collaboration with Valentino Khan, ‘Anything’ and ‘Bad Things’.  Set your day off with Alison’s latest collection and plan you next Wonderland experience after reviewing the tour dates listed below.

Earlier this year Alison ventured into the NFT space with her fantasy-themed “Wonderquest,” a project that generated over $3 million AUD in the initial sale and spent time in global Top 20. One of the rare “dragons” originally sold for $350 AUD and now commands over $10K AUD.

Her other recent endeavors include creating a five-star sanctuary in Animal Crossing, talking paranormal stuff with Loserfruit on Twitch, delivering acclaimed sets from lockdown (including Digital Mirage and Lollapalooza), continued production of her globally broadcast radio show “Radio Wonderland” plus starting a side hustle as a YouTuber.

How does Bishu get such great vocals out the bat?

What do you guys think of my hobby studio?