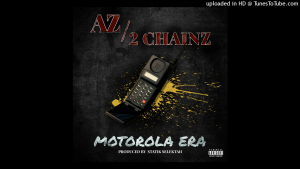 AZ has revealed a deluxe edition of Doe Or Die II, which features four new tracks, including “Motorola Era,” produced by Statik Selektah and featuring 2 Chainz.

After a decade without an album, AZ’s long-awaited sequel, Doe Or Die II, became one of the year’s unquestionable success stories. Doe Or Die II was a mainstay at the top of the DSP charts upon its release, with features and production from Lil Wayne, Rick Ross, T-Pain, Alchemist, Conway The Machine, Dave East, Pete Rock, Bink, Buckwild, Kaygee, Heatmakerz, Rockwilder, and Baby Paul.

“Doe Or Die II had been in the making for five to six years before its release, not in the creative sense, but in my head, envisioning how I would execute it, and who would be involved.  Would the fans still appreciate it?  But once I started the creative process during the pandemic, I knew this was what fans had been waiting on.  Record by record the songs got better and better.  When release day arrived and the feedback matched the hype, I knew it was special and I had delivered the promised masterpiece” AZ commented.

“Salute to everyone anticipating the Doe Or Die II Deluxe, I feel the love and I won’t let you down.  This is true poetry from a true dart thrower.  I’m setting off the Deluxe with a banger, “Motorola Era,” featuring 2 Chainz and produced by Statik Selektah.  It’s packed with lyrical braggadocious punchlines and designed to take you on a journey.”

You can hear “Motorola Era” below.

The post AZ is Joined by 2 Chainz for “Motorola Era” From ‘Doe or Die II’ Deluxe Edition appeared first on The Source.