Baläte a four piece combo from Almeria, Spain, consisting of Alba Malki (bass/vocals); Antonio Lajara (guitar/synths/backing vocals); Juanjo Ufarte (drums/synths/backing vocals) and Paco Pérez (guitar), jam a groove that weaves elements of the blues into a musical tapestry that also includes elements of doom,  stoner rock and heavy psych. Now given that information you might expect to be hearing something that might be a little leaden and dank but that is just not the case, yes there is plenty of heaviness to be found on the bands debut album “El Quemadero” (translation: “The Burner“) but that heaviness resembles more a quiet storm than a raging tornado. 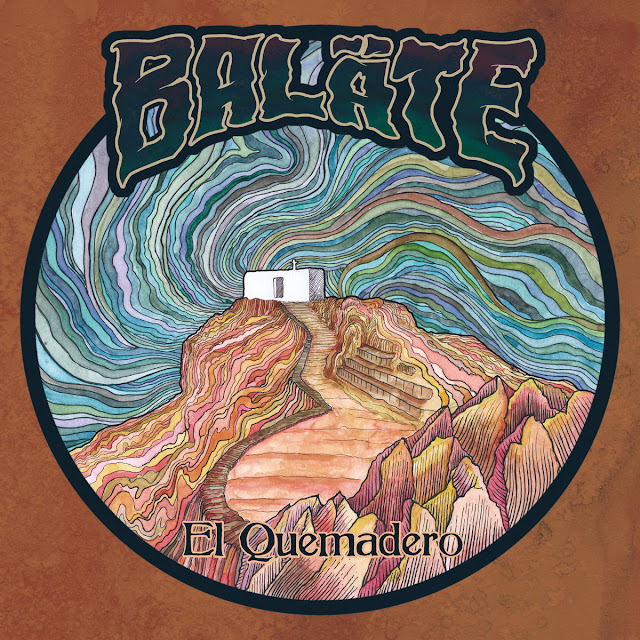 This maybe Baläte’s first album but these guys have been around for a few years now and have had the honour of sharing stages with such Spanish big hitters as Rosy Finch, Grajo, The Dry Mouths and Horizon so don’t go expecting unrefined grooves and musical naivety, these guys are a tight well honed unit. Having said that there is an air of rawness about the grooves  Baläte bring to the table with “El Quemadero” but rest assured this is an intentional rawness brought about by the band recording the album live in order to capture an “in the moment” vibe rather than a false overproduced studio sound. That “live” vibe makes it presence felt right from the off with opening song “Botas anchas, soga al cuello“, the songs intro of low droning noise, screeching feedback and shimmering percussion feeling very much like the pre-song noises you might here at a live gig before the band launch into their first song. As openers go “Botas anchas, soga al cuello” is up there with the best of ’em, a thundering riff monster driven by Malki’s booming bass lines and Ufarte’s solid rock steady drumming around which the two guitarists, Lajara and Pérez, churn out an enthralling mix of dark crunching powerchords and  swirling dank solos, Malki decorating this maelstrom of groove with a vocal that is clean, clear and sitting just on the right side of gritty. For the next tune, “Gettin’ Old“, Baläte dive headlong into the murky waters of the delta for a doom flavoured bluesy torch song. its atmospheric moodiness enhanced by some absolutely stunning guitar work. “Raccoon Verbena Horror” steps up the gears and jams a groove that blends a little desert grooviness with aspects of occult rock flavoured proto-doominess while “Procesionaria” takes the full doom route and finds Malki dropping down an octave vocally to give things a more authentic sinister feel. It’s all change for next track “Gato Gordo“, a brief but interesting instrumental featuring ringing guitar arpeggios and low thrumming synths before things return to some semblance of normality for the excellent ” Laroya“, a song that not only highlights Malik’s considerable vocal talents but also shows that this is a band who are just as adept at purring as they are at growling, the song seamlessly undulating between heavy doomic bluster and lysergic laced ambience. We return to full doom mode for “Road to Loma Cabrera“, albeit with a little delving into proto-territory, before the band finally wind things up with “El Zapillo Blues” a psychedelic doom outing with an experimental edginess. 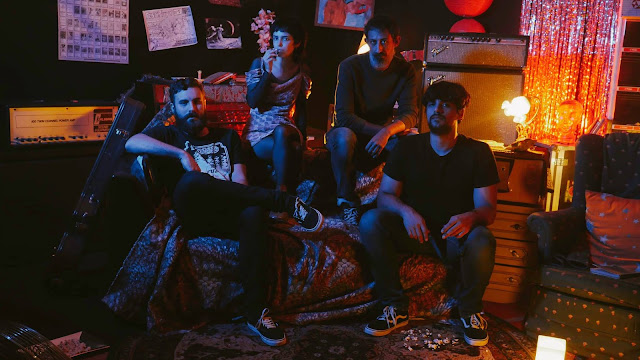 Baläte’s take on doom comes from a more heavy blues based angle than many of their contemporaries and because of that their music has slightly more accessible feel, they are still heavy in a doomic sense  but having the blues as a weapon in their musical armoury allows the band a little more freedom to spread their wings into other musical areas, something they do throughout this excellent debut.
Check ’em out ….