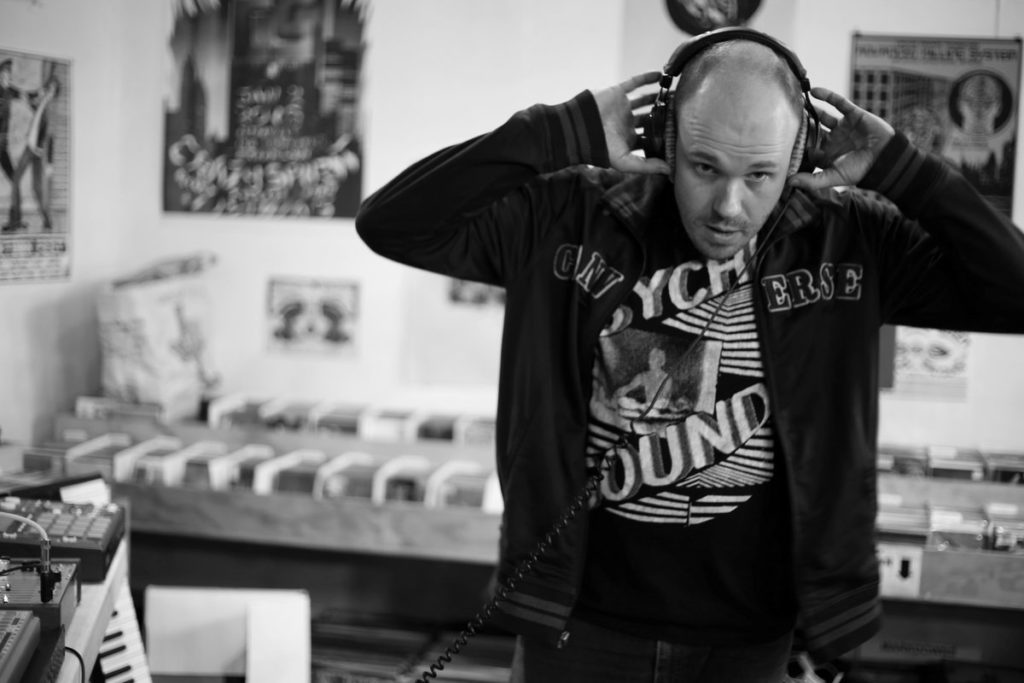 Next up on Dark Entries is Take Parts, a new album by Bill Converse.

Take Parts is Converse’s “most muscular and floor-focused work to date.” It follows on from three albums released on Dark Entires between 2016 and 2019, including Hallways.

Across six new tracks, the Austin, Texas analogue hardware enthusiast “peels away the layers of acidic gauze” that have characterized much of his work, revealing his sharp grasp of dancefloor dynamics and DJ functionality.

While the 808s, 909s, and 303s are on full display, Converse does not indulge in retro-fetishism; instead, he directs his work towards the rave ethos.

We’re told that the six tracks present a “new focus” for Converse, and that they’ll excite DJs and thrill dancers.

Immersed in the early days of the ’90s midwest rave scene, Converse began DJing at a young age in Lansing, Michigan. Luminaries such as Claude Young, Traxx, and Derrick May were key early influences, and techno, noise, ambient and tape processing all became part of his sound palette. His debut album, Meditations/Industry, was released on cassette in 2013 and edited for a vinyl release in January 2016.

Take Parts LP is scheduled for October 14 release. Meanwhile, you can stream “Take Apart” in full below and pre-order here.