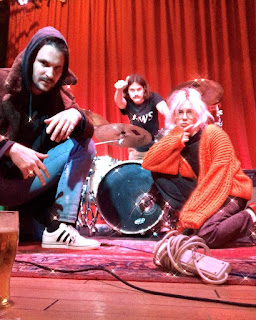 ‘Believer’, taken from the Brighton-based band’s upcoming second album ‘Written and Directed’, set for release on March 19, follows the previous ‘I Like The Way You Die’, and is a foot-stomping, cathartic outing.

The accompanying video is set in a dusty, deserted Mexican village, with a ‘dead behind the eyes’ Izzy B. Phillips.

“’Believer’ is a song to accompany your existential crisis,” she explains. “I wanted a religious satire that was eye rolling at all the patriarchal nonsense of spiritual sense of self. I wanna believe in me, the outsider and the underdog. It’s like coming of age, coming out and coming up.”

Samuel Jack Believes “Better Days” are on the Horizon