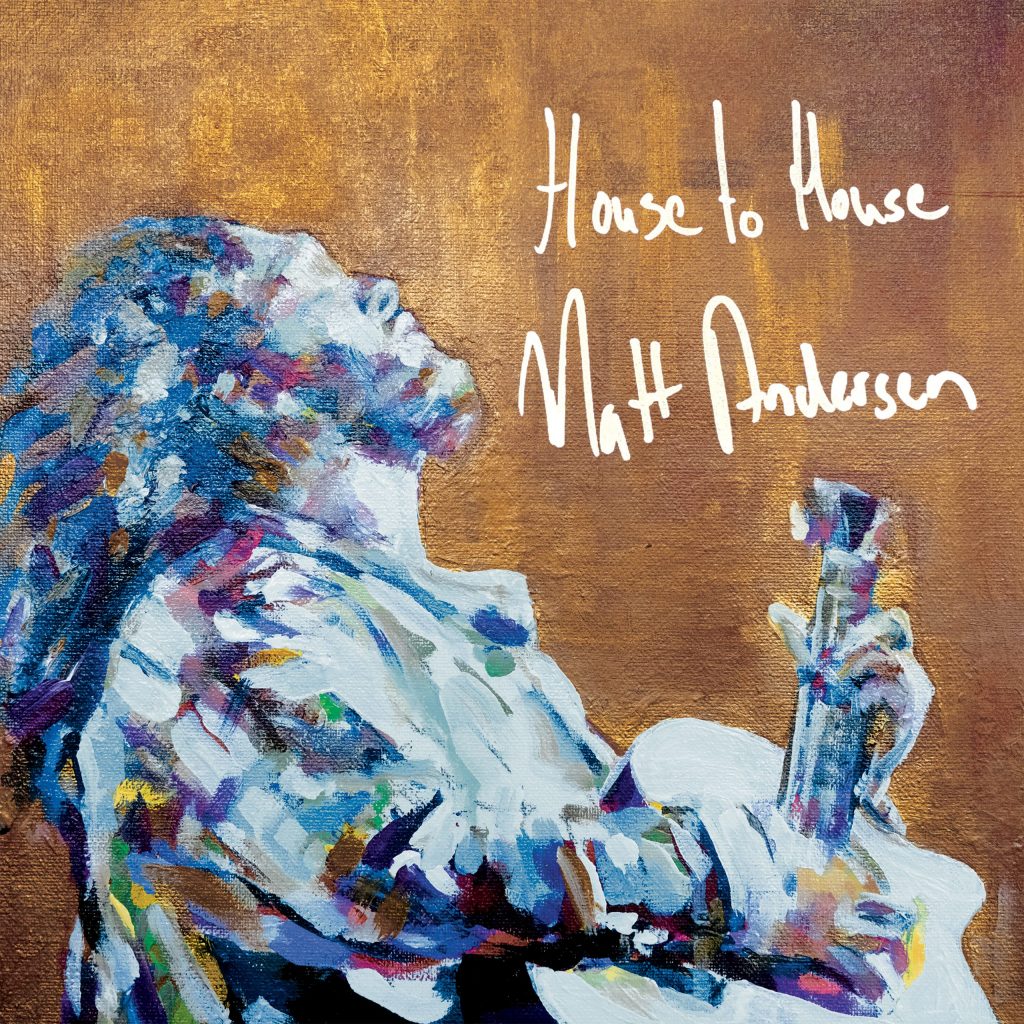 Commanding blues guitarist and singer-songwriter Matt Andersen sets the stage for his upcoming release, House to House, with the formidable album opener “Other Side of Goodbye,” out today. The strong, compelling track showcases Andersen’s complex, deep vocal range while he honestly laments the end of a relationship. About the song, Andersen notes, “Breaking up is sometimes the easiest part, the hardest part is moving on.”

Just as comfortable delivering a tender ballad as he is flying high on gospel or belting the blues, on House to House Andersen delivers a body of work that is expansive, rich and varied.

Andersen’s masterful voice is the highlight of House to House as he moves through thunderous notes, intimate moments and everything in between.  The boldness of “Other Side of Goodbye” leans into the softer love song “Let Me Hold You.”

The upbeat “Time for the Wicked to Rest” offers gospel-infused folk, while the sparse ballad “See This Through” is a quiet, thoughtful take on a struggling relationship.  And a poignant, soulful cover of the Curtis Mayfield  classic “People Get Ready” brings the album to a moving close.

House to House is Andersen’s first solo studio record, continuing a rich career as one of the more captivating songwriters and engaging performers in modern roots music. He has earned every fan through decades of touring across the globe, from small dim lit clubs to majestic theaters and major festivals.

He has amassed over 18 million streams on Spotify and 18 million views on YouTube. House to House is Andersen’s 9th studio album and follows Halfway Home By Morning from 2019.