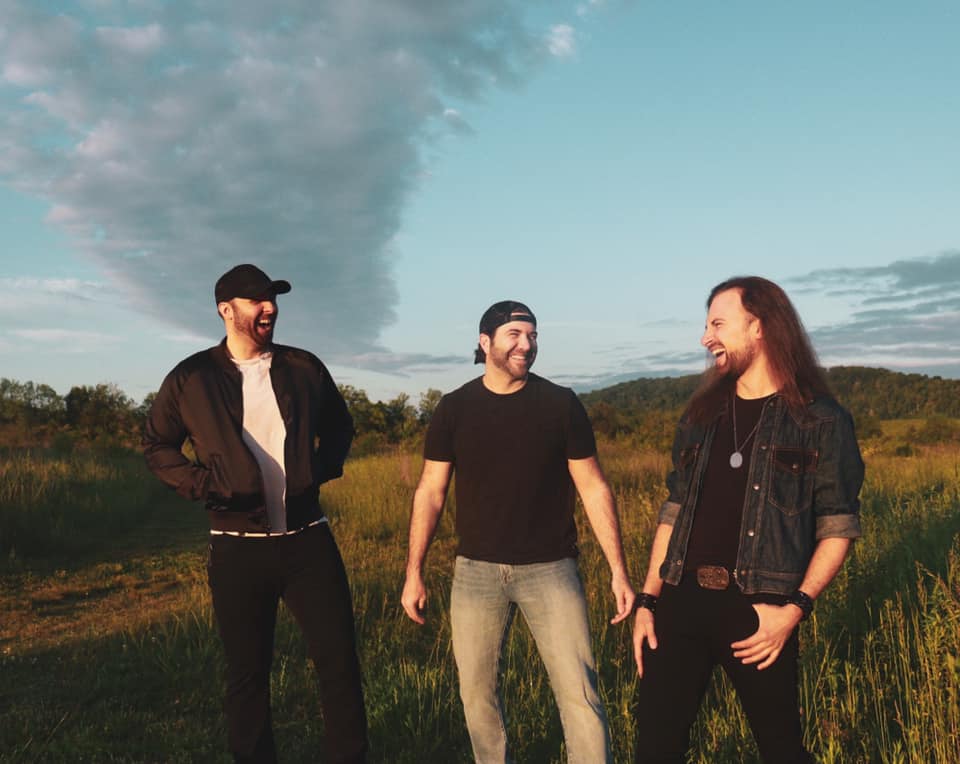 They’re old friends by now.  We always enjoy talking with the guys from Lockeland (Michael Boris, drums, Mark Vikingstad, guitar and Kyndon Oakes, lead vocals).  This year’s CRS chat wasn’t quite the same because I was talking to them via Zoom, but it was still fun and informative.  It’s never easy to transcribe an interview with multiple people in attendance, so I’ll just refer to the speaker on the other end as “Lockeland,” unless it was obvious who was doing the talking at the moment.

Patti McClintic:  Hey guys!  Where are you all right now?  Are you all in Nashville?

Lockeland:  Yes, we’re all in Nashville.

Patti McClintic:  All right, awesome.  It’s been a year.  Did we know a year ago when we met that we were going to be where we are now?

Lockeland:  No, not at all.

Patti McClintic:  We didn’t know, no idea.  Wow, things have changed a bit, haven’t they?

Patti McClintic:  So, what has gone on in the year that’s gone by?  The last that we heard everything was set to go, you had a full plate.

Patti McClintic:  What have you done to change the plan and still keep going?

Lockeland (Kyndon):  We just started pluggin’ away at writing.  We knew that we needed to write some songs to record potentially an EP or something along those lines, so we’ve been writing a lot.  We kind of adapted to the virtual world, started doing virtual shows.  It’s just been recently that we’ve picked up some shows around Nashville and surrounding cities, so we were able to do that as well.  We mainly took the year and we were like, hey, if we can’t go out there and make fans and everything, then we need to focus on the music so that’s what we’ve been doing.

Lockeland (Michael):  Also too, when the pandemic hit, because as you said Patti, in 2019 we were kind of a hitting a spot where we were starting to ramp up and we were really starting to catch some fire, and then 2020 hit and, well, there you go.  So, the three of us were discussing, I remember earlier on when the pandemic first hit, what are we gonna do?  Because we were writing a lot, we weren’t just using the time to do music, but we were like, do we just kind of go off the radar for a bit and whatever?  Then we were like, no, so we sent a song to radio.  We sent “Made For Mornings” to country radio and teamed up with GrassRoots Promotion.  The song got up to number 33 on the charts, so we were very fortunate for that, but as Kyndon said, we just kind of dove head first into the virtual world.  We’ve done tons of live streams, really just tried to build up our social media, all that kind of stuff.  Again, as Kyndon said, you have to adapt.  This is the way it is for a while, we gotta adapt to it.

Patti McClintic:  So, tell me a little bit about “Made For Mornings.”  That’s a really good song.  Did you guys write that one virtually?  Did you write it together?  How did you do that?

Lockeland (Mark):  We actually wrote that one about a year before, I think it was 2019 we wrote the song.  It all came about from a Starbucks advertisement.  Kyndon and I were downstairs in his building in Nashville, and we were downstairs in Starbucks and we saw this advertisement there for a Starbucks breakfast sandwich that said, “Made For Mornings” underneath it.  I turned to Kyndon and I said, “That has to be a song, we gotta write this.”  So, we had our buddy Renn Anderson join us on the writing session for “Made For Mornings” and we had this really catchy, really great tune.  We’re super proud of it and we’re glad that it went to 33 on the charts.  We just had a great response to the song and radio’s been great to us, so we’re so super grateful.

Patti McClintic:  So, tell me, who is a morning guy and who is not out of the three of you?

Patti McClintic:  So, Kyndon and Michael are morning guys and Mark, not so much?

Lockeland (Mark):  I like waking up in the late morning.

Patti McClintic:  Yeah, I’m not a morning person at all.  This is as morning as it gets for me (it was 11:30 AM), so you guys are getting me at my prime right now when it comes to mornings.  Cool song though.  What’s next as far as new music?

Lockeland (Michael):  We’ve been recording a lot in the studio.  We’re prepping for an EP later this year, but in April we are going to release a new single called “Blackberry Whiskey.”   We’re pretty excited about that.   Gosh, we wrote “Blackberry Whiskey” about two years ago, but we always play it at our shows and it’s a crowd favorite.  People always love it, people have requested it even though we haven’t released it yet, it’s just a lot of fun.  It’s a really fun, “feel good” song, so we’re so excited to share it.

Patti McClintic:  It’s time it got a real life.  What was the inspiration for “Blackberry Whiskey?”

(They all laughed. Obviously, this song had an interesting beginning.)

Lockeland:  It’s as simple as we had a writing session with a good friend of ours, Dave Zobl, and we got together, and we had seen blackberry whiskey at I think, Whiskey Jam or something.  They have their own brand of blackberry whiskey.  So, we brought a bottle of whiskey and we all just started drinkin’ and writin’ and the idea was right there in front of us, so we wrote a song called “Blackberry Whiskey.”

Lockeland:  It was easy, it was just right there, “Blackberry Whiskey.”

(I had an empty bottle of Aaron Tippin’s Stonehaus Sweet Cherry Wine sitting on my desk which I held up to show them.) 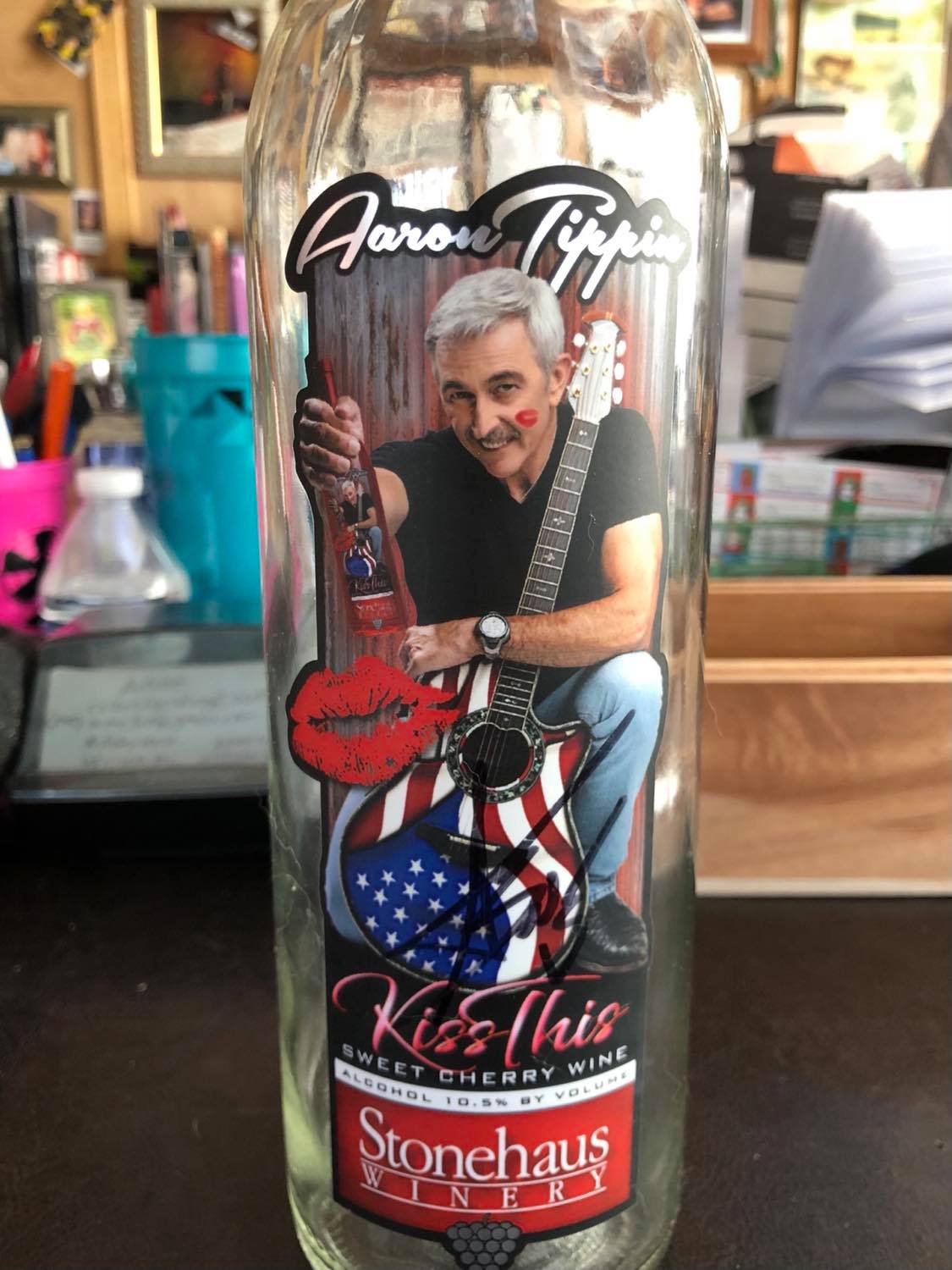 Patti McClintic:  If you need a sequel, I have a bottle of sweet cherry wine that’s empty right now.

Lockeland:  That sounds good too.

Patti McClintic:  Actually this one has a story behind it too, but if you need a sequel, this is Aaron Tippin’s Sweet Cherry Wine.

Lockeland:  But that one’s all already gone though.

Patti McClintic:  Yeah, it’s gone, but actually Ashley McBryde killed that bottle off at CRS in 2018 so there’s a history to that.

Lockeland:  She owes you another bottle then.

Patti McClintic:  There was only a little left, like, that much left (motioning to describe about an inch of wine in the bottle) and I was gonna throw it away.  It was just sitting on the table and she said you don’t waste wine, so that’s why I have the bottle.  She was gonna throw it in the garbage and I said, “Oh, no, that’s a collector’s item now.”  So, it sits on my desk.  So, what else is going on with you guys?  Obviously, shows have been put to almost a standstill, but do you have anything coming up, anything local even?

Lockeland:  We’ve been actually playing a stream of Puckett’s shows.  Puckett’s Grocery, the venue around town in Nashville and the greater Tennessee area.

Patti McClintic:  I love them.

Lockeland:  We’ve been fortunate enough to have the opportunity to play these live shows.  It’s been a blessing to get in front of people safely.  We’re all following the rules and everything.  It’s been nice to be in front of people and have that reaction again.  It’s really refreshing and we’re so grateful for Puckett’s to allow us to do that.  I know it’s a really hard time for a lot of artists and we’re just so grateful for the opportunity to play.

Patti McClintic:  Yeah.  When is your next Puckett’s show and which one are you playing at, by the way?  They have a bunch of ’em.

Lockeland (Michael):  We’re playing at all of ’em actually.

Lockeland (Michael):  Yeah, we’ve been playing all of ’em.  The next one’s Murfreesboro?

Patti McClintic:  I have to put that in my calendar. 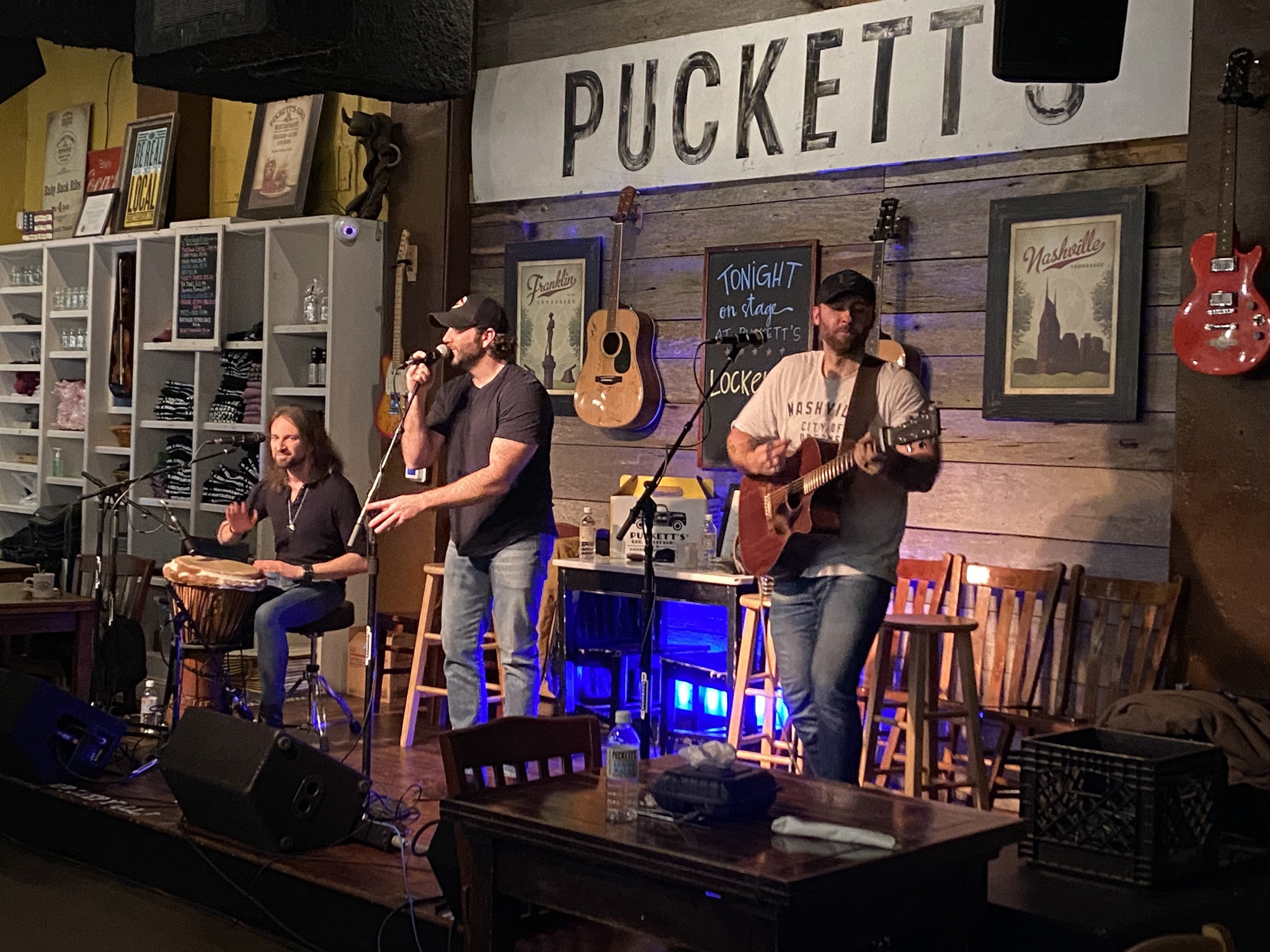 Patti McClintic:  Yeah, we have to come see you guys.  I’m sure that Annette would want me to say hello to you, a personal hello.  I would do it in a British accent, but she tells me I’m terrible at it so I won’t.  She would say I’m an embarrassment to The Crown.

Lockeland:  Send our love to her.

Patti McClintic:  I will.  Everybody loves Annette.  So, next I have a Chat Pack.  They’re just random questions on cards.  Would you guys like your own random question or do you all want the same one?

Patti McClintic:  Okay, Michael you’re first.  Random question for Michael.  The card says, “If you were an airline pilot and were told to choose any route that you would have to fly your entire career, what two cities would your flights connect?”

Lockeland (Michael):  Wow.  That is something I’ve never thought about before, you know?

Patti McClintic:  That’s the reason we do this, because we’re trying to get your brain spinning a little bit.

Lockeland (Mark):  I feel like I can help you with that answer, because you have a girlfriend that lives somewhere…

Lockeland (Michael):  (Laughing)  That was gonna be my answer.

Lockeland (Michael):  I’d be fine makin’ that route for the rest of my life.  Actually, no I wouldn’t.

(Other Lockeland members laughing out loud)

Lockeland (Michael):  Yeah, so that’s an obvious answer, but just for a quick answer I think I love the UK.  Nashville and London.

Patti McClintic:  That would be perfect for me, then I could get on a freebie flight with the Michael Express.  I like that one.

Lockeland (Michael):  I just need to learn how to fly.

Patti McClintic:  Alright, Kyndon you’re next.  The card says, “Most people have a story or experience that they love to share with other people.  Here’s your chance.  What’s your story?”

Lockeland (Kyndon):  (Laughing)  Conveniently, I just told this story the other day, and I feel like it’s a funny enough story.  Am I allowed to cuss on here?

Lockeland (Kyndon):  It’s not a super bad cuss word, but when I was in high school I was on the football team and I remember giving this speech at half-time, like, pumpin’ everybody up.

(Other Lockeland guys laughing.  Clearly they knew what this might be about.)

Lockeland (Kyndon):  It was such a moment and I deflated the whole moment.

Patti McClintic:  Like you were a bad butt.  You should have been a badass.

Lockeland:  Yeah, like, the coaches were there and I don’t know why I felt like I couldn’t say that word or something.  I don’t know.

Patti McClintic:  You were too nice of a kid.

Patti McClintic:  That was cute, I liked that.  Finally Mark, your card says, “If you were completely blind, but you could somehow see for just one hour each month, how would you most often spend that time?”

Lockeland (Mark):  I would spend that with my wife.

Lockeland (Mark):  That was the only answer that popped in my head right away, so it would be that, yeah.

Patti McClintic:  Well, guys it was so much fun talking with you and I’m writing down Puckett’s in the book right now for March 13th in Murfreesboro.  I’ve never been to that one actually.  You guys have a nice CRS and we’ll see you.

Lockeland:  Thanks Patti.  Appreciate it. 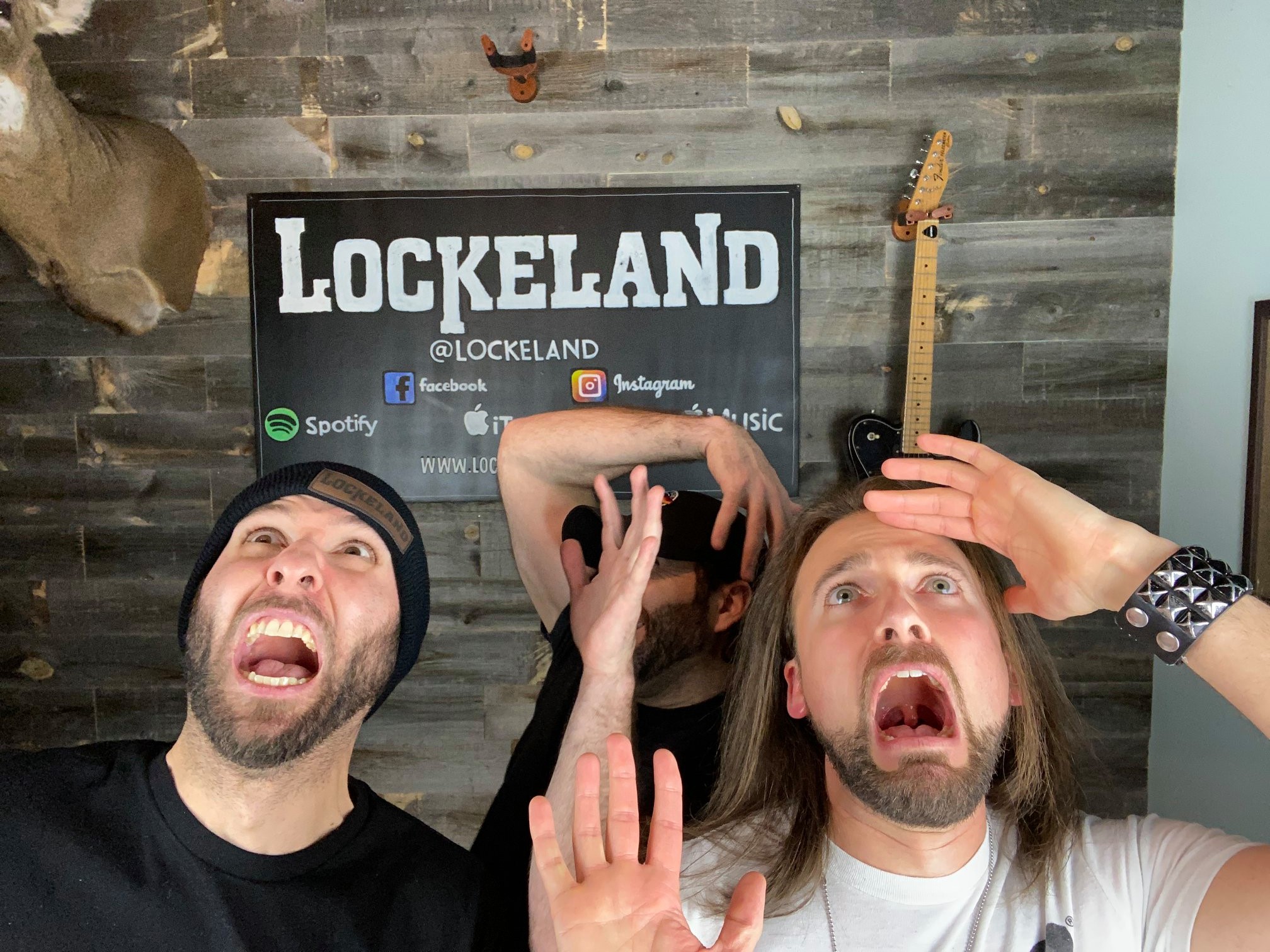 LOCKELAND CAN BE FOUND:

The post CRS 2021 – Q & A With LOCKELAND appeared first on Think Country.

Leslie Jordan: “I think we’re all misfits in some way.”

Tip of my tongue music video!

ITZY become the mafia in their hip hop MV for ‘Mafia In The Morning’!