Crys Matthews – Call Them In 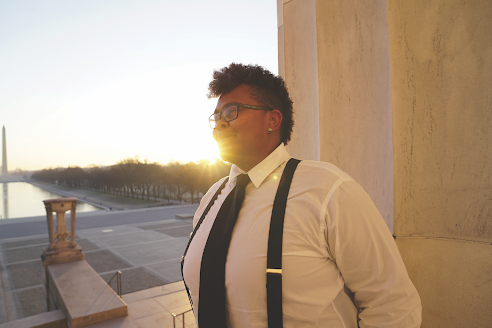 “Call Them In” is the second single off of Changemakers, the new hope-fueled, love-filled, full-length social justice album from Crys Matthews, which will be released later this Spring. “Call Them In” pays homage to “freedom riders or letter writers” who help make the world a better place, and was released nation-wide on John Lewis’ birthday, February 21st. It’s a powerful and super motivational song!

“When John Lewis passed away,” Matthews said, “I wanted to write a song to honor his memory and his legacy. He is the epitome of a Changemaker to me.”

DC resident Crys Matthews is among the brightest stars of the new generation of social justice music-makers — an award-winning, prolific lyricist and composer, blending Americana, folk, blues, bluegrass, and funk into a bold, complex performance steeped in traditional melodies punctuated by honest, original lyrics. She is made for these times. Of Matthews, ASCAP VP & Creative Director Eric Philbrook says, “By wrapping honest emotions around her socially conscious messages and dynamically delivering them with a warm heart and a strong voice, she lifts our spirits just when we need it most in these troubled times.”

“Not a Tragedy Yet” [by Ozzie Sneddon] (This is the hardest I’ve gone on a song in awhile. Enjoy!)

[Academic] Research regarding communication in the music industry (All ages, Europe, Africa, and USA)

Neon Noodle is back with fourth studio album, Hunting For The Silence. This time, a journey to the early 20th century, with New Orleans jazz ghosts combined with guitar ambiance and drone music, it is an experimental album with a vintage feel to the core. Enjoy this past life soundtrack.