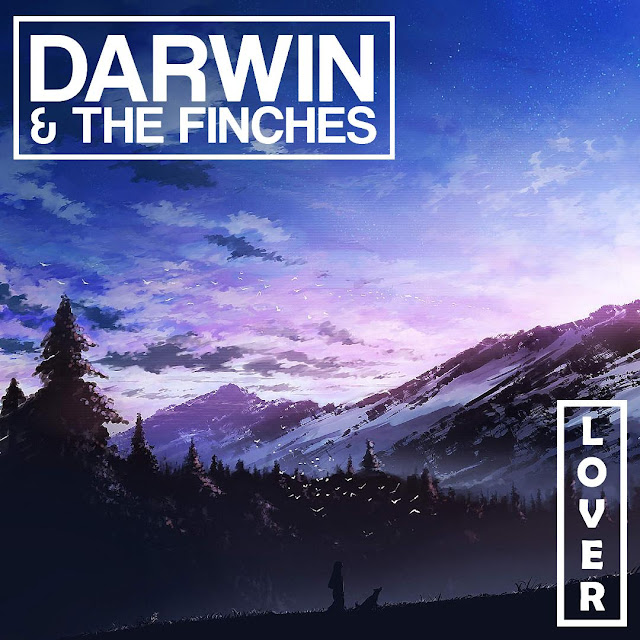 Blackpool based Darwin & The Finches have recently dropped their sonic new track “Lover”, which is the trio’s first release of the year following on from their debut single “Breathe In, Out”.

If you love soaring guitars, The Cure’s dark tones and tumbling drums then you’ll love Darwin & The Finches latest offering.

It’s a guitar-driven track that sounds like Public Service Broadcasting in places with the layered up guitar riffs, chunky basslines, and almost gothic sounding piano keys. The vocals here remind us strongly of early Kasabian with the Northern accent shining through, and that’s what I like about some acts, they’re not hiding behind a face persona, but embrace where they’re from.
There’s not a whole lot about these three gents on the internet, which adds to the mystery of their songs.
However, speaking about the latest release the band said – “The track is fuelled by poetic lyrics that underscores the current state of mixed emotions felt across the country in these strange times”
The production on the track is top-notch too, suggesting there might be more cuts to come – which is something that we wouldn’t ever complain about. With this single being released bang on the turn of 2021 we’re expecting more from this trio by the turn of the year.

Three chill tracks to set your mood for the week