Dr. Dre Raps About Divorce & His Brain Aneurysm On New KXNG Crooked Track: ‘Get Your Hand Out Of My Pocket’ 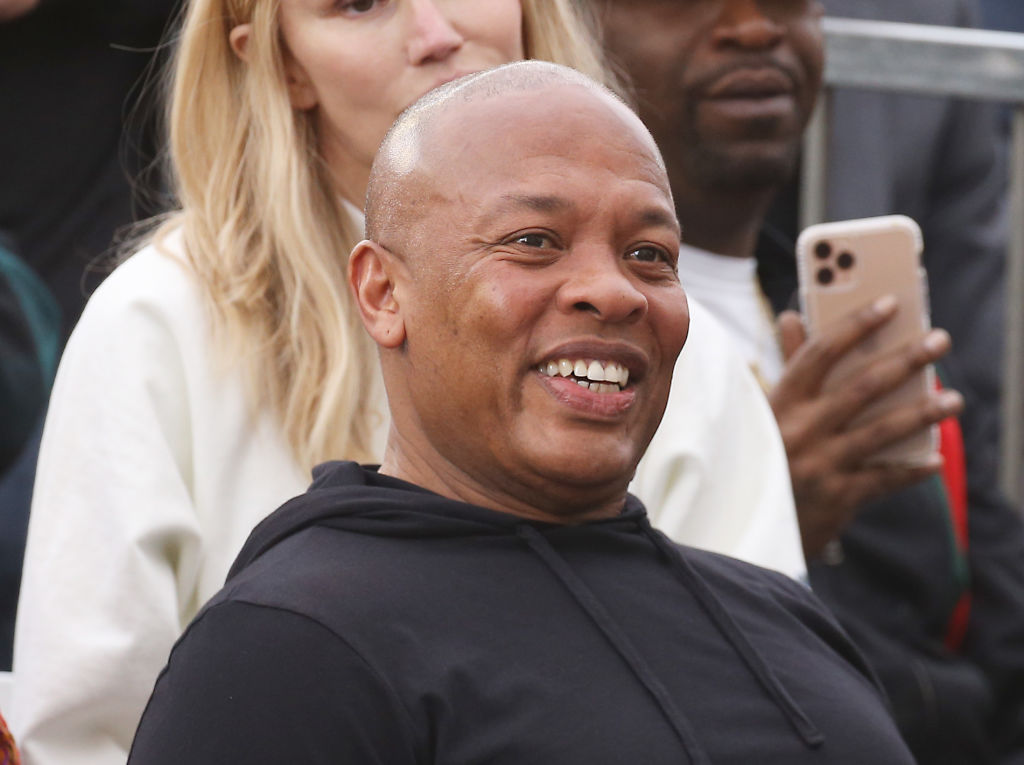 Dr. Dre is giving fans a little bit of insight into his life as of late, which unfortunately features some pretty serious personal struggles.

While his messy divorce proceedings and a trip to the hospital for a brain aneurysm have been chronicled in the media, Dre himself tends to keep pretty private when it comes to his personal life. Because of that, it might come as a surprise to fans that the super-producer rapped about both experiences on a new song with KXNG Crooked.

The unreleased song was previewed on Instagram Live on Monday by DJ Silk, in which the Compton native Dre talks candidly about his pending divorce and his recent health scare.

“Trying to kill me with them lies and that perjury,” Dre raps on the snippet. “ICU/I see you tryna f**k me while I’m in surgery…You know we don’t tolerate that nonsense/By any means get your hand out of my pocket.”

While he doesn’t explicitly say these comments are about his estranged wife, Nicole Young, anyone who has been paying attention to the divorce proceedings would recognize his complaints right away. Most notably, when Dr. Dre still recovering at Cedars Sinai in Los Angeles after suffering a brain aneurysm, he agreed to pay his estranged wife $2 million in spousal support.

As for the “lies and perjury,” Young has alleged years of adultery and domestic abuse throughout the couple’s 23-year marriage. Clearly, Dre isn’t happy with the way this divorce is playing out, once again accusing Young of being money-hungry, as his team has in statements to the media before.

The incredible achievement of Ghetts’ Conflict of Interest album

Tim McGraw Does His Own Carpool Karaoke