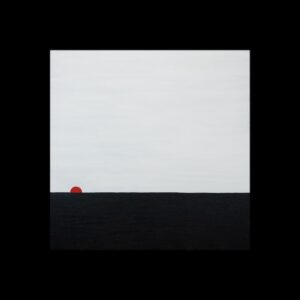 Following a world-changing year, Emmit Fenn offers some much needed light to 2021 with his powerful new single, “Edge Of The Dark” .

The heart-melting record is the first single fresh off of the announcement of his debut album Far From Here set for release this April.

“You only get one debut album and this is mine. I’ve had the incredible opportunity over the years to try lots of different genres and styles and when you listen to this body of work it’s pretty clear that this is the result of that,” express Emmit.

“I think a lot of artists find themselves in a certain lane early on and feel like they need to stick with it their whole career, but constantly creating different things is something that has always excited me and something I will always do. Each song on the album brings something new, something different, and ‘Edge Of The Dark’ is no different.”

“Edge Of The Dark” explores the discovery of new perspectives and the idea of embracing the darkness. It has been said that we cannot know the light without experiencing the darkness, but at the same time, both dark and light experiences may be considered great teachers. Growth and transformation, in fact, are born out of darkness.

With his lead single setting the tone for his debut album, Far From Here is undoubtedly setting up to be the soundtrack to your escapism. At times during 2020, we’ve all wanted to travel “Far From Here”. Emmit Fenn’s long-awaited, debut album is for those looking to escape in search of hope.

The independent artist is one of the few collaborators to have worked alongside pop phenomenon Billie Eilish, co-writing and co-producing her “bitches broken hearts” in 2017. Emmit has also produced for the likes of Lolo Zouai, Yuna, Ry X, Shallou and Vic Mensa and scored the TV show Five Points for Mary Ramos (Quentin Tarantino’s music supervisor).

Emmit Fenn‘s “Edge Of The Dark” is out now.

The post EMMIT FENN EMBRACES THE DARKNESS ON NEW SINGLE “EDGE OF THE DARK” appeared first on Black of Hearts.

Discover: Tarah Who? – Swallow That Pill