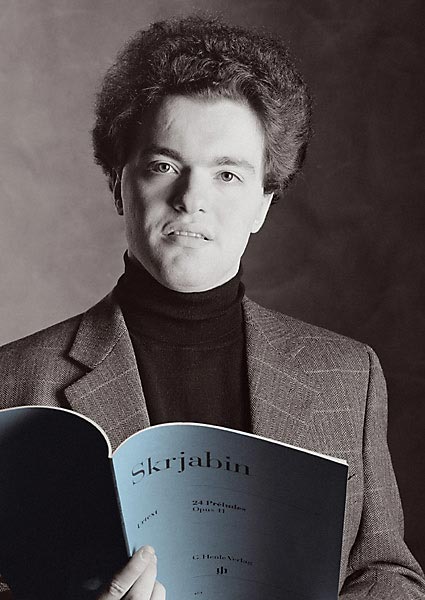 This Week in Classical Music: October 11, 2021.  Evgeny Kissin.  Evgeny Kissin, one of the greatest pianists of his generation, turned 50 yesterday.  Kissin has been dazzling the public for almost 38 years, since the time when, at the age of 12, he gave a performance at the Great Hall of the Moscow Conservatory (performing at the Great Hall is the Russian equivalent of performing at the Stern Auditorium of the Carnegie Hall: an honor and acknowledgement of the performer’s talent).  Kissin was born in Moscow on October 10th of 1971.  At the age of six he went to the Gnessin music school, where his teacher was Anna Cantor.  Cantor, who died on July 27th of this year, remained his only teacher.  Kissin and Cantor were uniquely close; she traveled with him and lived her last years in his home in Prague.  Recognized as a child prodigy in the Soviet Union, Kissin started his international career at the age of 14.  In 1987 he first played in what was then West Berlin; a year later, to great acclaim, he played Tchaikovsky’s First piano concerto under the direction of Herbert von Karajan.  In 1990 Kissin played his debut American concert in New York, performing both of Chopin’s piano concertos with the New York Philharmonic and Zubin Mehta.  A week later he gave a recital at the Carnegie Hall.  In 1997 he made history by playing the first ever piano recital at the Proms in the Royal Albert Hall.  Kissin has played with all major orchestras, all major conductors; he also played chamber music with many leading musicians of the day.  His concerts are always sold out.

Kissin’s playing combines phenomenal technique with interpretive depth.  There is no affectation in his performances.  His repertoire is broad, but he’s best know for his Romantics, from Chopin, Schubert and Schumann to Rachmaninov.  Kissin also writes poetry and prose and does so in Russian and, surprisingly,, in Yiddish.  After leaving Russia, Kissin, who has Russian, British and Israeli citizenships, has lived in New York, London, and Paris.  He nowlives in Prague with his wife and three children from her previous marriage.

Kissin has a broad discography and is well represented on all streaming services.  Here’s something of a rarity, Schubert’s Piano Sonata no. 17 in D major D. 850.  This live recording was made in Verbier in 2014.

Time For You To Lose Weight Sir.. Got His Son Out Here Looking At Pops Like A Snack!

Dope: Young Thug Gifts 21 Savage A Custom Made TRX For His Birthday!

"I’m 16. You’re Going To Jail" He Picked A Fight With The Wrong People… Starts Leaking After Coming For The Cameraman!

Mom Comes To Her Son’s Defense After Her Son Started Some Ish!