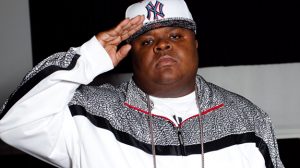 Fred The Godson, unfortunately, passed away from complications from COVID-19 last year but his legacy lives on forever.

Frederick “Fred the Godson” Thomas Way was unveiled on the corner of Leggett Avenue and Kelly Street in the rapper’s native borough, The Bronx.

The ceremony was held on Fred’s birthday and brought out the likes of Fat Joe, Jim Jones, Sway Calloway, Bronx Borough President Ruban Diaz, and others. Additionally, Jaque and TBM Fat Boy Izzo took the stage.

“I’m thrilled that Fred’s name and legacy are being recognized all over the world, specifically in the neighborhood he grew up in,” Sway tweeted.

Fred The Godson was named an XXL Freshman in 2011. Prior to his passing in April 2020, he was hailed for his lyrical prowess and collaborated with Cam’ron, Jadakiss, Pusha T, and more.

Long Live Fred The Godson! What’s your favorite song by the late rapper?

The post Fred The Godson is Honored With His Own Street in The Bronx appeared first on The Source.

To counter the way memory disappears and fades into the background: composer Raymond Yiu on the ideas, both musical and personal, behind the works on his latest disc