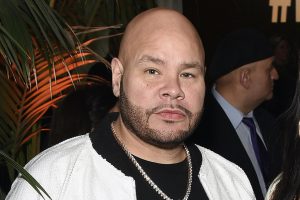 Fat Joe, a Bronx native, has teamed up with the New York City Mayor’s Fund to launch a relief fund to gather money for victims and their families in the wake of the horrific Bronx apartment fire at Twin Parks North-West, which left 19 people dead and 32 in critical condition.

Joe has obtained financial pledges from Shawn “JAY-Z” Carter and DJ Khaled, in addition to his own contribution, and is in the midst of reaching out to his friends in the music, sports, entertainment, and business communities for more support.

According to the New York Daily News, the Bronx apartment that sparked the deadly building fire killing 17 was sparked by several space heaters. FDNY sources state all of the space heaters had been left on for several days. The fire was the deadliest in the city since the 1990 fire at the Happy Land Social CLub in the Bronx.

To make a financial contribution to the fund, visit https://fatjoe.me/donatebronx and 100 percent of all donations will help families and enable the distribution of emergency supplies for those in need.

The post ICYMI: Fat Joe Launches Relief Fund for Victims of Deadly Apartment Fire in the Bronx appeared first on The Source.