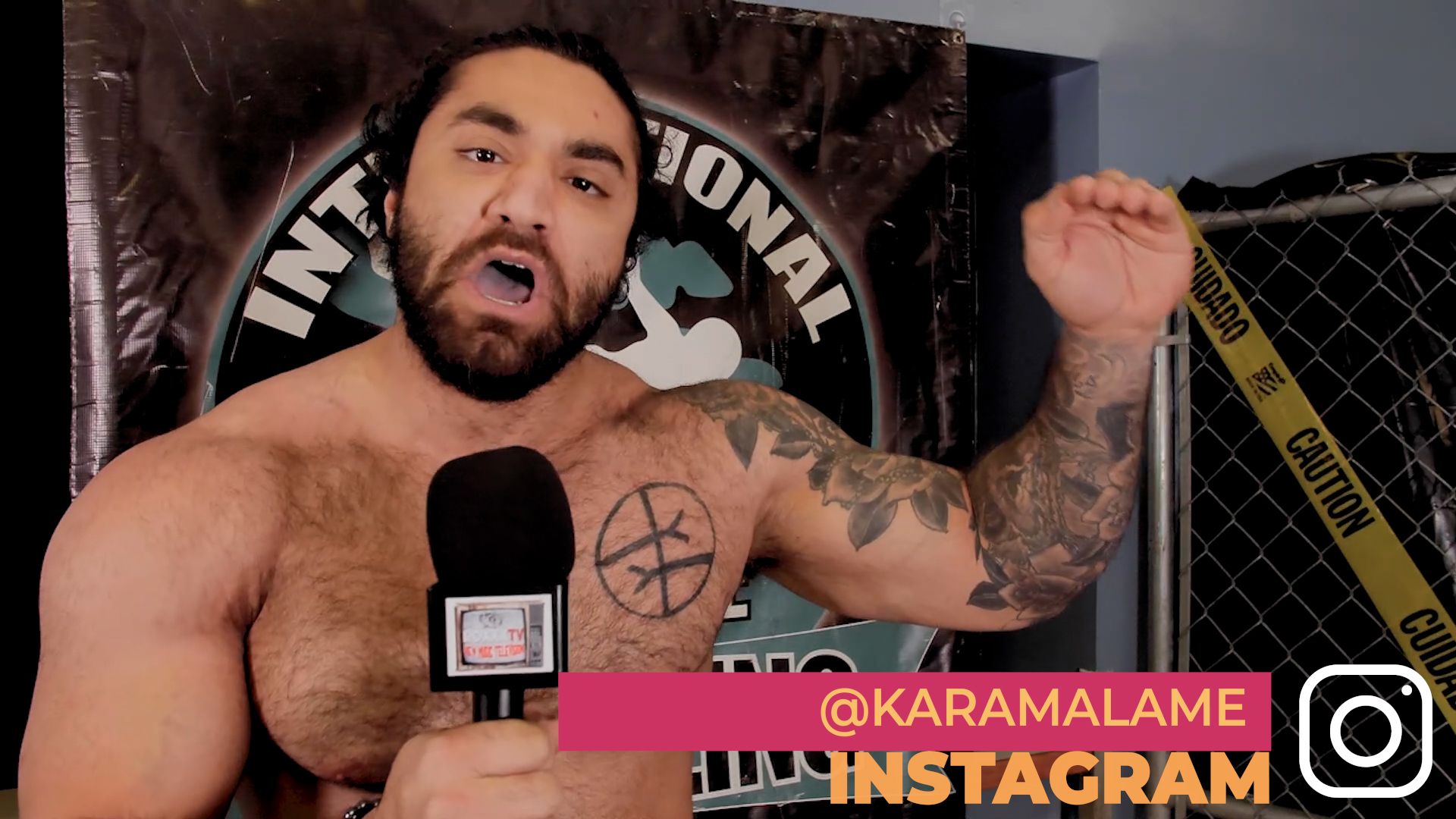 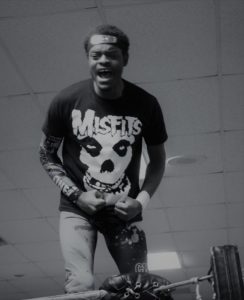 Welcome back to the Monday Night Run Down, where all the Big-Time action from Sunday’s matches are discussed in depth. Today will be reliving both matches from the Double Dose, starting with the battle between Officer Rod Street, IBW’s no nonsense lawman and former IBW Heavy Champion versus the young up and comer Prince Phoenix. Right from the get-go, Officer Rod Street took to the ring looking to re-establish his dominance and begin the long climb back to the top of IBW.

Officer Rod Street wasted no time in harassing the referee and interacting with the crowd. The fans did not seem happy with the renegade cop and cat calls started to rain down from all directions. “My name is Officer Rod Street and I graduated from one of the most prestigious online police academies in the country” he declared into the mic during a pre match interview.

“Listen up because this is the hint of the century, we are in charge, we are in control, we run the IBW and you are looking at the most powerful force in America” Ofc. Rod Street said sternly during the interview with his Deputy by his side. At some point the lawman apparently became upset with how the interview was going and declared it was over, “cancel that” he said to his partner and stormed off after grabbing the camera. Judging from his tone and attitude, this is one cop you don’t want to cross. 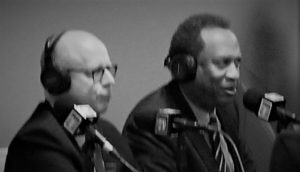 and keep the league’s loyal fans up to date on all the Big Time Action in the ring. “Frisk him good ref” Terry said as the referee gave Prince Phoenix the once over for anything that might be used to give him an edge in the Sunday night Double Dose showdown. 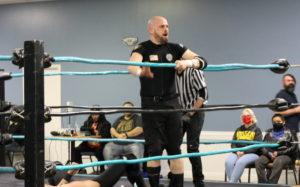 Prince Phoenix, from The House of Truth, had a considerable height advantage as the match got under way. This was sure to be a battle to the end. “I will win this match” cried Officer Rod as the opening bell chimed from the announcer’s table. The one-time champion took a series of quick blows from Prince Phoenix, who at times seemed to be more engaged with the fans than his opponent. Prince delivered a quick blow to Ofc. Street, which sent him tumbling to the ground. The match nearly ended in a pin, but Street broke free after the “2 Count”.

Within seconds of the near count out, Street roared back to life and seemed to gain the upper hand. As Prince went down into the ropes, Ofc. Rod began arguing with the referee, creating an opportunity for The Deputy to wildly attack Prince. With the ref’s back turned, the damage was done. Officer Rod Street is known to be dangerous in the ring and was trained by Dan Severin, the former UFC and MMA fighter known around the world for his toughness and fighting skills in the octagon. Ofc. Rod Street continued to talk trash to his opponent and the crowd as the match progress, only enraging fans further. This led to an opportunity for Prince to pull off a Big Time Body Slam, which sent Street to the ground writhing in pain.

Ultimately this momentum was to be short lived as Ofc. Rod Street was able to pin Prince Phoenix and get the big “3 Count” ending the match and leaving Prince down and out. After a quick break, the action was ready to explode out of the gate again as the next match of the evening got underway.

A new face, the hulking giant Karam Alame took the mic to address his growing legion of fans. “International Big Time Wrestling, you are seeing the biggest thing that Michigan has to see, I am the epitome of a professional wrestler, a different type of species, and you are going to see exactly why, fear me, Karam, the man” he said in a powerful and forceful voice. 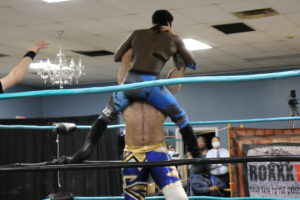 After the interview, IBW’s amazing Frank Stanley took to the ring to introduce the two warriors slotted for a “one fall” match. “Weighing in at 245lbs, from Detroit Michigan Karam” proclaimed the golden voice of amazing Mr. Stanley. Karam defiantly walked to the ring with the sounds of Rage Against the Machine blasting out of the speakers to announce his arrival. “One of the best in the world today, the genetic freak, Karam Alame” Terry Sullivan informed the viewers around the world.

“This is Karam’s first appearance in IBW and he has been all over the country making a name for himself” A.T. Huck added. Karam is no doubt a major force rising within the underbelly of the IBW, but with his power and extraordinary physical build, it’s only a matter of time before everyone will remember his name. Standing in the opposite corner was Karam’s opponent of the night, Jason Test. 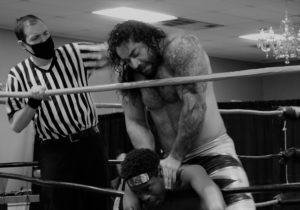 The bell sounded from the announcer’s table and the match got underway. Jason Test, out of The House of Truth, struck first with some impressive kicks to the giant. Jason Test became overconfident and then the beast Karam grabbed Test by the neck and launched him over the top rope in a massive display of raw power. Test tried in desperation to clutch to the top rope but continued on his flight out into the stands, which shocked onlookers witnessing the madness.

Karam went into the crowd and then threw the lifeless Jason Test back into the ring before delivering another huge blow to the head, which could have a knocked out a normal man. Jason Test was hanging on, but he was on a tightrope. One more mistake very well could have been his last. “You’re looking at a future world champion right here in Karam” declared A.T. Huck and Terry Sullivan was quick to agree. Within seconds Karam hoisted Jason Test over his head and then delivered another devastating body slam as the fans jeered from the sidelines.

Karam then destroyed the young Jason Test in the corner, landing a massive body crunch and again sending Jason to the mat. The future was looking very grim at this point and many worried for Jason’s safety as Karam inflicted even more pain with his powerful body. Karam pinned Jason briefly but then released Jason after the “2 Count”, bringing boo’s from angered fans on the treatment of the recent House of Truth graduate.

Test roared back to life briefly but was again viciously bombarded with a modified spine buster. Suddenly, like an avenging angel descending down to save Jason Test, Lauren Jones exploded onto the scene and chased Karam out of the ring. As Jason lay struggling to regain his composure, Karam was actually disqualified for being outside of the ring too long. Angered, Karam took the microphone to address the crowd, “Karam is the winner” he said in a powerful voice. Lauren Jones called Karam a coward as the giant left the room. Karam promised Lauren that “this is not over”, and I believe it. 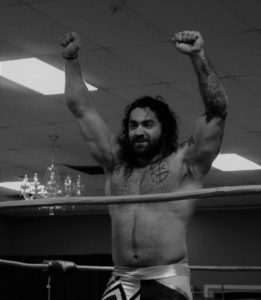 As the exciting ending of the match played out, fans were left in a state of frenzy demanding more. Please tune in next Monday for another edition of “The Monday Night Run Down” featuring all the Big-Time action from around the IBW.

#sundayz @sadnightdynamite – Smoke Hole – I put you in a smoke…