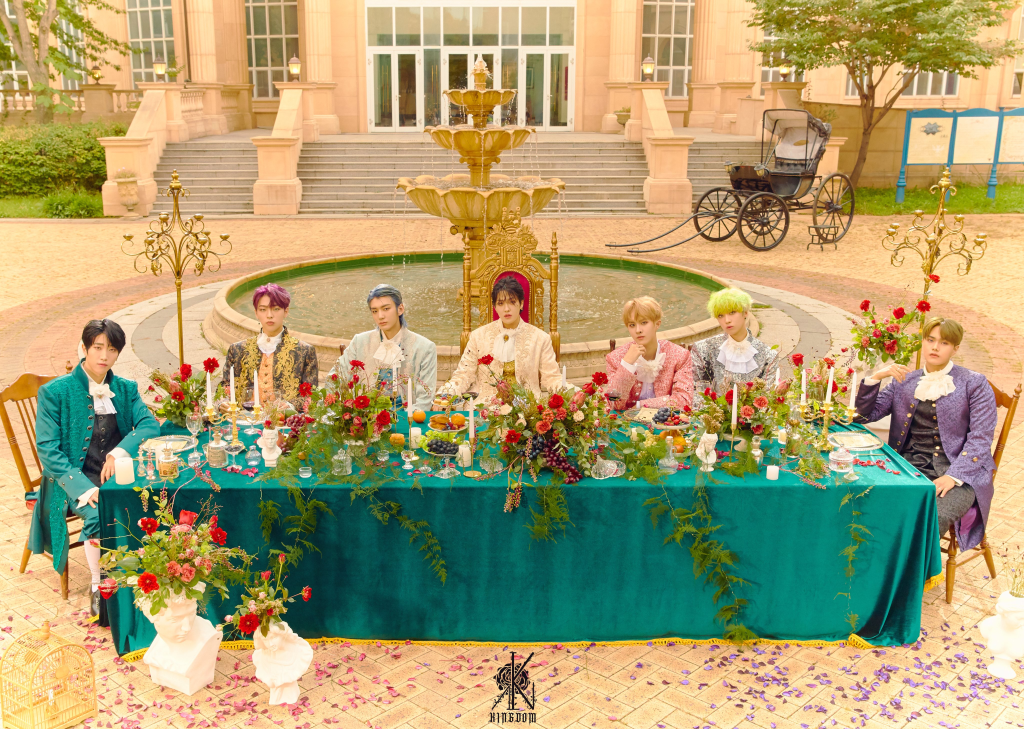 On October 5, boy group KINGDOM made a grand return with their newest EP album History Of Kingdom : PartⅤ. Louis, along with new member Hwon.

PartⅤ. Louis is a 7-track album including the title song “Long Live the King.” The album continues the series of kings throughout history, this time focusing on member Louis.

The music video shows a splendid masquerade dinner party with all of the members dressed in fancy 17th-century attire. However, there is a touch of modernity, such as luxury cars reflecting the present day. Like the title of the song, “Long Live the King,” in the music video King Louis is revealed to have immortal life who always exists to protect his kingdom.

For reference, Louis XIV, also known as Louis the Great, was the King of France from 1643 until his passing in 1715 for a total of 72 years and 110 days, holding the record as the longest reigning monarch in any country. KINGDOM portrays this history in their own style.

Check out the music video below!

Two showcases were held in light of the comeback one, for media and one for fans. Check out the media showcase below and learn the group’s thoughts about the new album and concept. Turn on close captions for English subs.

The showcase for fans is KINGDOM’s first offline showcase since their debut in 2021 due to the Covid-19 pandemic. So performing their songs in front of fans was a special moment. In addition to performing songs from the new album, the group also performed “Ascension” from their previous album and played games to the delight of KINGMAKERS.

KINGDOM will kick off promotions for this comeback today on MNET’s MCountdown.

Listen to  History Of Kingdom : PartⅤ. Louis on Spotify

What do you think of KINGDOM’s comeback? Let us know @KpopWise!

It Went from Chill to Drama Real Quick!