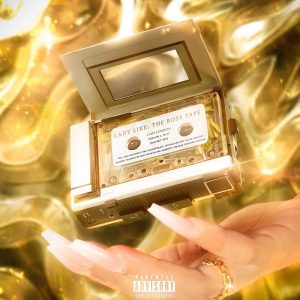 Lady London, the Aristotle of Bravado, has released Lady Life: The Boss Tape.

The Boss Tape serves as both an official introduction and an elegant finale to the New Jersey/New York artist’s well-received era. Fans and followers’ desires are granted with the gift from Hip Hop’s most up now artist for 2022, which includes thirteen of her most acclaimed, heavy-hitting freestyles since her emergence.

The Boss Tape is a compilation of Lady London’s “Lady Londays” Freestyles, which saw the rising star take over some of the biggest hits in Hip-Hop history. The work Lady London delivered over singles like Foxy Brown’s “Get Me Home” and Busta Rhymes’ “Put Your Hands Where My Eyes Could See” caught the eyes of Nas, Timbaland and Diddy, while also growing her social media following.

“When you listen to me, I want you to feel comfortable in yourself and empowered more than anything,” Lady London says of her talent. “We’re all the same. We all have things we battle, daily, but everyone excels at something. Therefore, every person is a boss in his or her own way. And you control the narrative around your own life. I want to be proof of that. Music is the closest thing to religion without the systemic element. It’s a spiritual encounter. It shifts our movements; it governs our temperament. And, if nothing more, I hope to transcend a generation with what I create and leave a legacy behind.”

You can tap into the new release below.

Jason Derulo Gets Into A Fight With A Troll In Las Vegas!