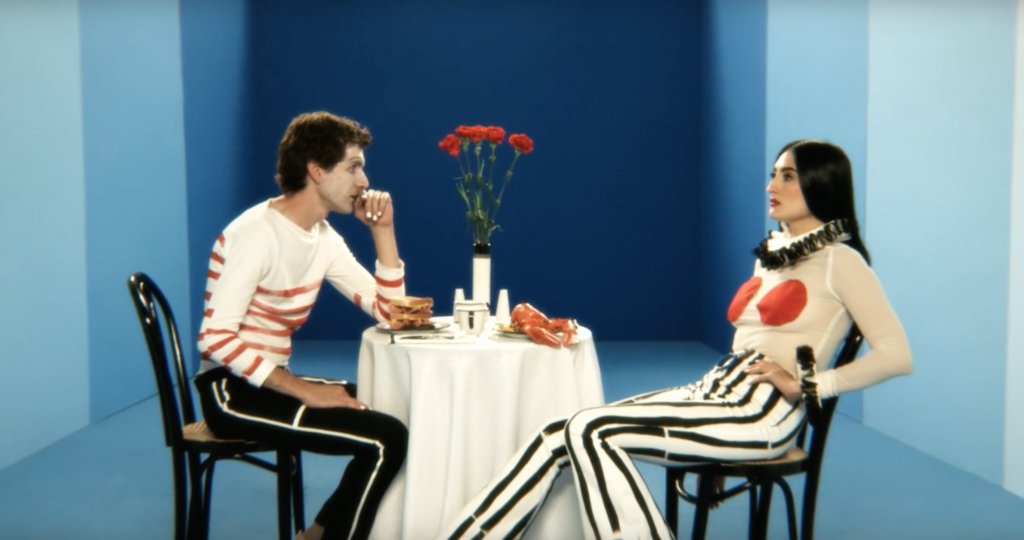 Midnight Sister, the duo of Los Angeles artists Juliana Giraffe and Ari Balouzian, will release Painting The Roses, a new album, via Jagjaguwar.

Painting The Roses is the follow-up to 2017’s Saturn Over Sunset. It’s made of 12 tracks within the pair’s unique style: a blend of Jon Brion film scores, old Hollywood strings, and the kind of disco songs of a ’70s independent film.

Ahead of Friday’s release, they’ve shared four songs: “Satellite,” “Foxes,” “Wednesday Baby,” and “Doctor Says,” which was inspired by Giraffe’s trip to visit family in Argentina.

“Satellite,” streaming below, is the latest in a string of videos sprung from Midnight Sister’s imagination, exploring delusion and the way memory is influenced by perception. The video, shot through a funhouse mirror, finds clarity by embracing distortion.

Balouzian was responsible for scoring the recent documentary “Feels Good Man,” a tale exploring the transformation of “Pepe the Frog” from a college joke to a far-right icon.

Painting the Roses LP is scheduled for January 15 release. Meanwhile, you can stream “Doctor Says,” “Satellite,” “Foxes,” and “Wednesday Baby” in full below. Pre-order is available here.