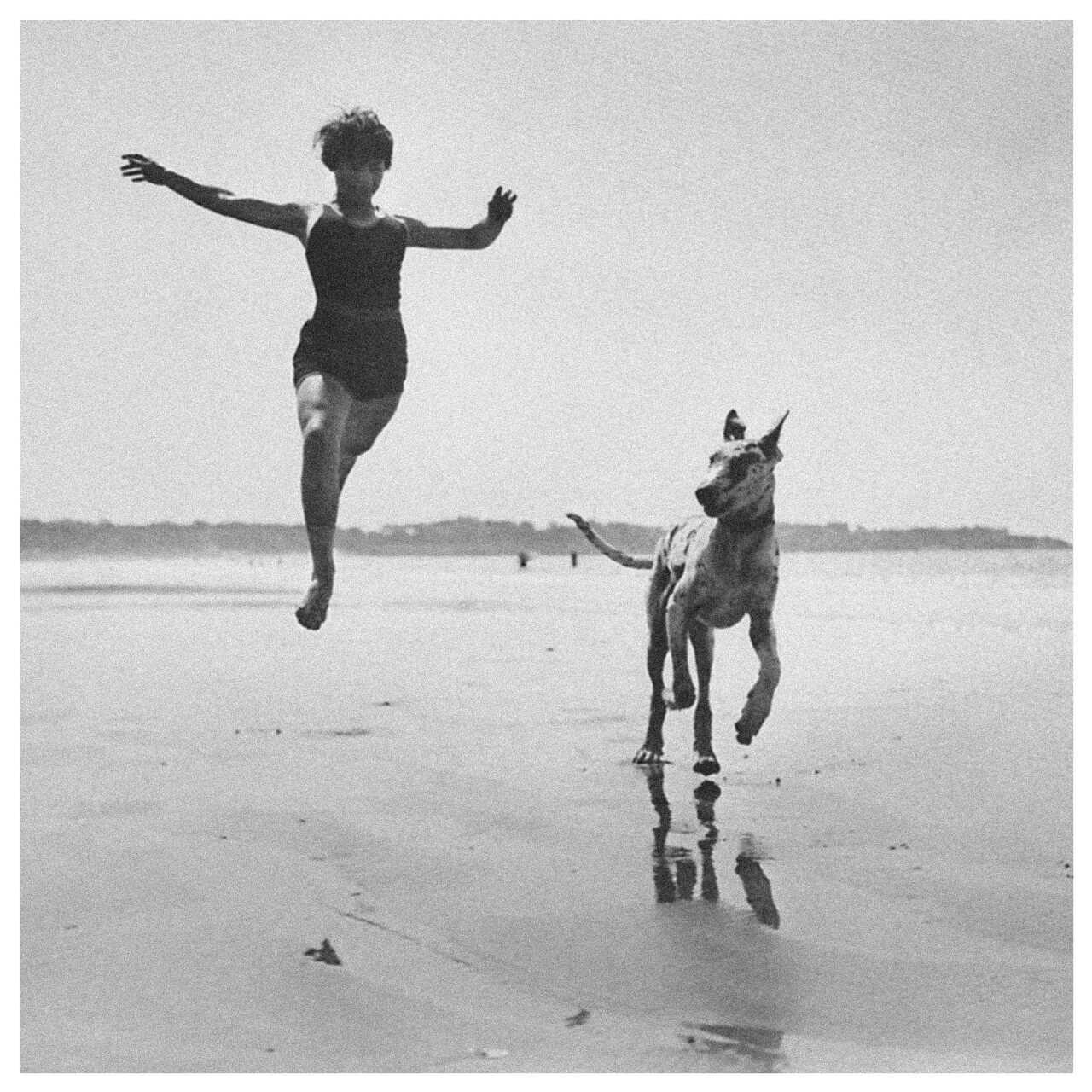 Lost Horizons – the project of Cocteau Twins’ Simon Raymonde & Richie Thomas of Dif Juz – released part one of its new album In Quiet Moments at the end of 2020 and is set to release part two, as well as the physical of the double album, on February 26th via Bella Union. Every track on the album features a guest vocalist, and today’s new single “In Quiet Moments” features Ural Thomas, an 82-year old Portland-based singer who learned to sing in church and went on to perform with the likes of Etta James, Otis Redding, James Brown and Stevie Wonder.

Of the track, Simon Raymonde of Lost Horizons says: “Sometimes you just have a clear vision for a song and then try as you might, it doesn’t quite hit the mark and other times, you’re not quite sure where it’s going and then all of sudden it’s like The Matrix and you’re buzzing! I’d been talking to Ural and his team since I heard about him earlier that year, and they were all working on a new Ural Thomas and The Pain album, but just as I finished the bass part on our piece, which Richie had started at a session in London, my inner voice was screaming “ASK URAL TO SING!” Scott and Brent who are his producers and write with Ural and in his band too, responded very positively to my enquiry and said Ural was into it, and it looked like they could do it all at their studio in Portland , AND film him at the same time as they were making a documentary about him! I couldn’t believe my luck. After he was done with the first half of the song I asked if he could make the ending spoken-word in the style of Gil Scott-Heron and he did something ad-libbed which I loved. I then asked Wendi Rose who sings with Spiritualized to add some of her beautiful vocals and I think this took it all to the next level. Paul Gregory and Jonathan Wilson also played some delicious guitar parts which were the fairy dust on top!”

Ural Thomas added: “When I first heard the song, I thought it was such a wonderful thing, both open and calm, with that steady, insistent groove. The chords go from looming to embracing then back again, like a sad, friendly giant. It took a quiet moment to go over it in my mind and then we were off and running with the tune. At times I feel strong and one with the world.  At other times I feel tiny and solitary.  In a way they’re two parts of the same feeling. That sense of being closed in and defined by walls became more real just a short while after we worked on the song.  But we’re all those other things, too—connected, hopeful, with a long arc that will go beyond this time.”

Ural Thomas was born in Louisiana in 1939, learning to sing in church. The seventh of sixteen children, his family relocated to Portland, Oregon when he was a young child. Thomas became a professional singer as a young man in the 1950s, with over forty performances at the Apollo Theatre in Manhattan, New York. He worked with or opened for musicians such as Etta James, Otis Redding, James Brown and Stevie Wonder. Thomas moved back to Portland in 1968. After this not much is known, until the early 2010s when Scott Magee, a Portland-based soul DJ, learned via the owner of Mississippi Records that Thomas – whose early records he spun – still lived in Portland. Despite having weekly jam sessions in his home, a tradition started in the 1970s, Thomas seldom played live shows. Together, Thomas and Magee created Ural Thomas and the Pain, an eight-piece backing band for Thomas’s vocals. The group has released two full length albums: 2016’s self-titled release and 2018’s The Right Time.

In 2017, Simon Raymonde and Richie Thomas had both abstained from making music for 20 years until they united as Lost Horizons and released a stunning debut album, Ojalá – the Spanish word for “hopefully” or “God willing.”

“These days, we need hope more than ever, for a better world.” Thomas said at the time. “And this album has given me a lot of hope. To reconnect with music…. And the hope for another Lost Horizons record!”

Thomas’ hopes had a mixed response. On the plus side, the new Lost Horizons album In Quiet Moments is an even stronger successor to Ojalá with another distinguished cast of guest singers and a handful of supporting instrumentalists embellishing the core duo’s gorgeously free-flowing and loose-limbed blueprint that one writer astutely labelled, “melancholy-delia.”

On the minus side, any hope for a better world, as Earth continues to freefall toward political and social meltdown. Then, to make matters worse, as Raymonde and Thomas buckled down to create the improvised bedrock that Lost Horizons is built on, the former’s mother died. At least Raymonde had a way to channel his grief. “The way improvisation works,” he says, “it’s just what’s going on with your body at the time, to let it out.”

Raymonde (bass, guitar, keyboards, production) and Thomas (drums, occasional keys and guitar) forged ahead, creating 16 instrumental tracks to send to prospective guests. When he did, Raymonde suggested a guiding theme for their lyrics: “Death and rebirth. Of loved ones, of ideals, at an age when many artists that have inspired us are also dead, and the planet isn’t far behind. But I also said, ‘The most important part is to just do your own thing, and have fun.”

And then Covid-19 hit. Half of In Quiet Moments’ lyrics were written after lockdown, but Raymonde saw a silver lining: people were slowing down and taking stock of their lives. Hearing a lyric written by veteran singer Ural Thomas, known as “Portland’s Pillar of Soul”, who fronts the title track, Raymonde singled out the phrase “in quiet moments” and made it the album title. “It just made sense,” he says. “This moment of contemplation in life is really beautiful. The title also went with the album cover, a photograph by Jacques-Henri Lartigue from the 1940s of a woman and dog on a beach, captured as if in flight.”

Lost Horizons’ melancholy-delia also feels buoyed aloft by airy currents, informed in part by Raymonde and Thomas’ former respective bands: the legendary Cocteau Twins and Dif Juz. Their former bands were labelmates on 4AD in the mid-80s, which is how they first met.

In Quiet Moments has its pockets of loss but – aligned to the concept of ‘hope’ – the album is more about rebirth than death. “I think it’s more joyous than Ojalá,” says Thomas. “But both albums have a great energy about them.”

Those energy levels undulate across a dazzling array of moods and voices; as broad as the name Lost Horizons sounds. Take the first three tracks: the melting rapture of “Halcyon” featuring Jack Wolter of Bella Union signings Penelope Isles, the simmering urban-soulful “I Woke Up With An Open Heart” featuring Nubiya Brandon of The Hempolics and the quintessentially melancholy-delic “Grey Tower” featuring a returning Tim Smith.

Dana Margolin of the hugely acclaimed Porridge Radio lends the rampant “One For Regret’’ her trademark bristling energy; at the other end of the spectrum, ‘Flutter’ features Rosie Blair (of former Bella Union signing Ballet School) adding exquisite blue notes to a stark palate of Thomas’ piano and Fiona Brice’s strings. Deploying his A&R acumen, Raymonde called on new Swedish discovery Kavi Kwai for the Cocteaus-evoking “Every Beat That Passed” (“You can’t make music for as long as I have and drop all your influences and habits overnight,” says Raymonde). Also present are Lily Wolter (of Penelope Isles) under her solo pseudonym KookieLou, and C Duncan. A richer and more varied cast list would be very hard to find.

“I think In Quiet Moments is more in the direction of where we’re going,” Thomas concludes. “People have retreated into their lives and, in those quiet moments, reflected on the world, how we fit in and who we trust. Maybe the next album will be about rebellion! But the road is long and winding. We just need to express ourselves in how we feel at the time.”

Ural Thomas and the Pain

*Feature image courtesy of the artist

Looking Forward to the Past | Collaborations | Tommy Emmanuel with Rodney Crowell

All artist can apply the MAMBA MENTALITY into their craft, Rest In Peace Kobe 💜💛

[Track Premiere]: Krl Mx – What Does The Bible Say About My Ex? [Ismus]