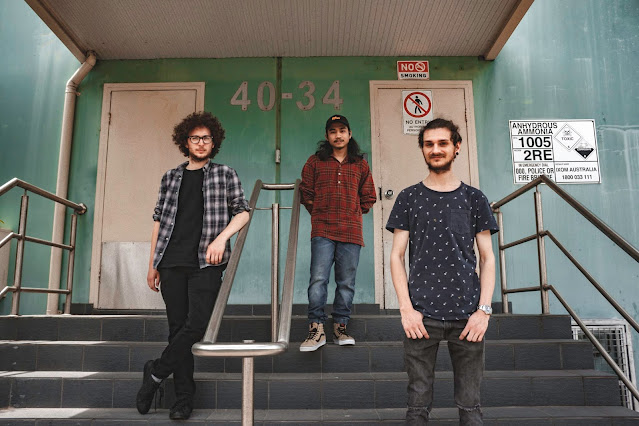 The band consists of Martin Atencio (Drummer), Chris Modderno (Bass), and Tomas Somera II (Vocals/Guitar), and their sound could be compared against Darwin Deez, Jamie T, and DIIV in places too.

If you love your dreamy guitar rock then Martom are the band for you!

The shimmering guitar tones is one of the many things that drew us into this track, combined with Tomas’ vocals that soothe you from the off you’re entranced and will be kept listening until the very end.

The band has kept it quite simple here and hasn’t gone over the top with too many layers on the track, apart from the crescendo towards the end which is a wall of vocals and those bright guitars.

The group met in high school back in 2008 and have been playing in different iterations of the band until they solidified the trio earlier this year, and partnering up with manager Jack Blundell to record and release ‘LSD Chimpanzee’.

Speaking about the new release, the trio say – ” … “LSD Chimpanzee” was inspired by a group of scientists in the 1970’s who gave acid to a chimpanzee, as they wanted to observe the interactions it had in the wild.”

New Single “Want to Know” – Feedback is Welcome, Thanks :).