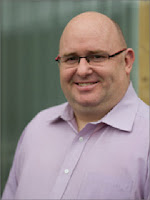 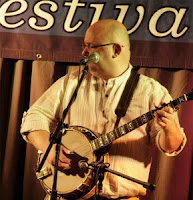 This is a far too brief notice of the sad news which many will already have learned from Facebook: the death at 5.30 p.m. today, from COVID-related causes, of Mel Corry of Lurgan, Co. Armagh, a pillar of the bluegrass community in this island for a generation, at the same time as deserving – as much as ever anyone did – the title of ‘activist’ on a wider stage.

Mel described himself on Twitter both as ‘retired hell raiser, banjo player and Communist!’ and as ‘musician, campaigner, retired hell raiser’. We prefer the second, because he was so much more than just ‘banjo player’ or ‘communist’. The two photos above show Mel in two aspects of his life: on the left, as a member (since 2008) of Trademark, and on the right, delivering his hard-driving picking on stage at one of the Athy Blugrass Festivals.

The BIB will publish tomorrow tributes and photos of Mel as the bluegrass community of Ireland knew him. Meanwhile, our deepest condolences go out to his family and friends.