Michael Hurley. The Time Of The Foxgloves. No Quarter Records 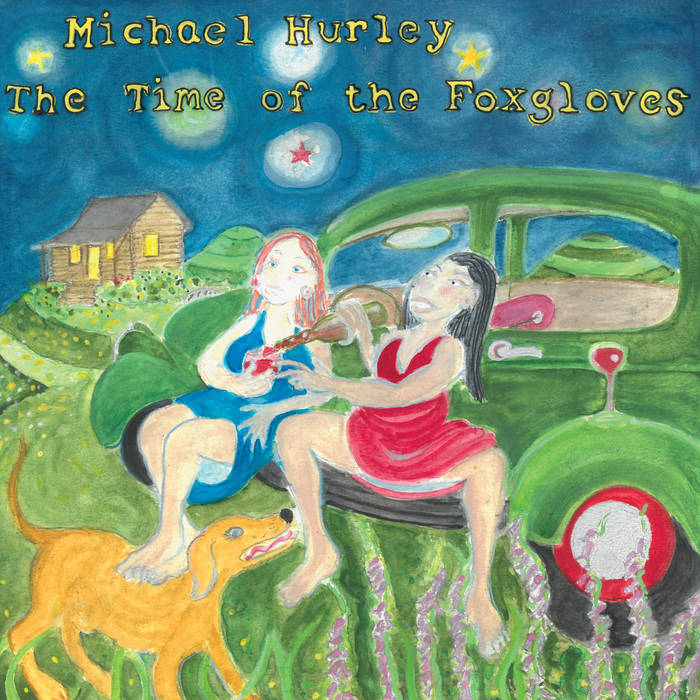 Approaching his 80th turn around the sun, Michael Hurley shows no sign of letting up on this latest release, billed as less lo-fi than his usual recordings. If that’s the case it’s more to do with him having more folk than usual involved – Gil Landry makes an appearance on several songs – as the overall feel here remains that of Hurley messing around wonderfully in folk and blues and country, all indelibly stamped with his unique personality. One listen to the enchanting rendition of Se Fue En La Noche allows that this nocturnal ramble, replete with cooing background singers, laidback rusty guitar and knockabout percussion, could easily have appeared on any number of Hurley’s 60s or 70s (or 80s, 90s and 21st century) albums. It’s essentially him, the essence.

There’s actually nothing here which wouldn’t fit on an earlier album but that’s not to say that Hurley is resting on his laurels. He’s always recycled songs (Love Is The Closest Thing here is a new version of The Time Is Right from Ida Con Snock) and, in the main, he’s always breathed new life into them. The majority of the songs here are new examples of Hurley doing what he does best. That is, being Michael Hurley.

Fans will need no encouragement to buy this album but, if you are unfamiliar with Hurley, prepare to delve into songs which sound as old as the hills, have a peculiar presence to them and which root around in the best of American roots music over the last century. At the centre of the album is an instrumental, Knocko The Monk which features just banjo and pump organ and which paints a picture so evocative of an American past – equally sepia toned and wide screen cinematic – that it transports you into your own favourite old time American movie. It’s followed by what is perhaps the best song on show here, Jacob’s Ladder. A bass clarinet and xylophone, along with Josephine Foster’s rhapsodies, accompany Hurley in this magnificent and somewhat wonky front porch Gospel song which should surely be included with every Flannery O’Connor book.

The album opens with Hurley in classic Hurley form on the easy going folk blues of Are You Here For The Festival which, with its addition of fiddle, bass and banjo to Hurley’s captivating guitar and vocal does add some gloss. Alabama, written by The Louvin Brothers, sounds older than the brothers would be these days and another cover, Boulevard (written by Rob Keller) finds Hurley returning to the band sound he had on Snockgrass while Blondes And Redheads and Little Blue River feature Hurley on vintage keyboards (an area he explored on Blue Hills). The album ends with a new version of Lush Green Trees (originally on Wolfways) which is accorded a fuller arrangement and, as we’ve noted throughout, is an example of classic, revisited, updated and also timeless Hurley. On The Time Of The Foxgloves, Michael Hurley just proves, once more, that there is only one Michael Hurley and for that we should be grateful.

Hey! My band needs a guitarist. Located in L.A., punk adjacent with post-punk influences. Check us out in comments and hit us up if interested!