Feb 28, 2021
You ever find a track or an album and find yourself thinking ‘Man, had I found this X years / months / etc. ago I would have been really into this?” It’s something I’d not really considered myself until recently but it has happened to me a few times now. When it does happen it makes me feel a little sad in a sense – if only I’d have found these tracks earlier, y”know? Still there’s no time like the present is there, So I’m going to scroll through my archives and see what I can come up with that I remember this happening with. 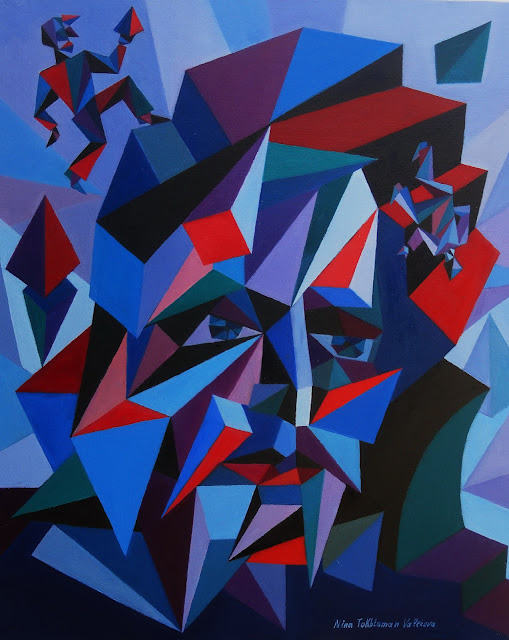 Nina Tokhtaman Valetova – Entropy (2015)
Above & Beyond are one of those acts that gets recommended to me a lot but I’ve never really taken a deep dive on, I like bits and pieces of what I’ve heard and their remixes from time to time though. One thing I did see come up again and again on my semi-regular trips into the world of Trance was the one and so far only OceanLab album. Sirens Of The Sea has that distinct Anjunabeats style on the cover, with liberal use of Helvetica as so many other techy trancy covers did at the time – I’ve been aware of it but never really listened, put off a bit by the ‘Vocal Trance’ label which in my experience hasn’t been great (though hypocritically I do have that love for the 90’s stuff that probably falls under that label). Still, I really liked ‘Satellite’ around the time it came out, I figured I could at least see what the album had in store.

While tracks like ‘Satellite’ are in the spirit of Trance as I know it – there’s quite a bit of variety in sound on here, though as mentioned above, I do only really swim around in the shallow end when it comes to the genre (no pun intended!). Tracks like On A Good Day take me right back to when I was really getting into Progressive House around Dadmau5’s Random Album Title era. I still carry a bit of a torch for this sound, admittedly a bit tinged by nostalgia, but I can’t help but smile a little bit when the drop approaches. It totally could have been one of those tracks that bled onto the radio in that time, it was in fact released as a single but in 2009, so it was well within that window. And this is really the track that spurred this post – I still like it for sure, though IMO the piano has dated a bit – but man, back then the younger Van Foxbat would be so into this.

Above & Beyond · On A Good Day (feat. OceanLab)

TeddyLoid next – an artist that’s been a bit of a mixed bag for me. See, the reason I went to check out TeddyLoid in the first place is because of the beautifully bombastic Fly Away, a track that in the spirit of this post takes me right back to the glory days of Blog House and that I would be lying if I didn’t say I loved. So on the strength of that I looked up ‘Loid’s other stuff, and it’s true that you find quite a few tracks in the same vein – but you also get some dubstep digressions in there as well, the kind you might expect of the mid 2010s era, the kind that’s perhaps a tad obnoxious. I don’t mean that as a knock to the tracks themselves – they are absolutely well made and (as is the point of this post!) would have been supremely up my alley around the time. That’s also not to say there isn’t the occasional track that I still kinda like despite all of that.

All You Ever Need combines my love of euphoric trance with these supremely powerful electro stabs that I can’t deny still stir something in me. Lion Rebels too, while being one of the biggest offenders for the out and out robo-wub dubstep sound has it’s moments to shine – that vocal break with TeddyLoid’s now trademark autotune treatment (which again I am biased towards) sounds brilliant. The full track is this interesting clash of then contemporary dubstep, the dancehall stuff that Dubstep was incorporating around the time and topped with with Japanese vocals instead (at least until that break). The whole concoction is an an interesting mix even if it’s not for you.

Apologies for the 40 second previews, the version of this album on streaming is the ‘Reloaded’ version which has a different mix on it. To make up for it I’m including the two I mentioned above.

Bringing it full circle with more dubstep, this time in the classic style. As the title of this compilation suggests, this is all hand-picked Skream tracks circa 2004-2006 which is a little before I got into dubstep proper but is still my favourite era of it’s sound. I found these completely by happenstance when looking over discogs to see who had official bandcamps (because BC’s search function sometimes bugs out a bit). There’s not as much on there as I was expecting, not just from his main discography there was a time when Skream used to give out free EPs of bits and pieces every so often and Bandcamp is a pretty perfect platform for that. Though having said that, there were plenty of bootleg re/mixes on those free EPs so it might be a bit of a rights minefield.

But I digress, onto this compilation: These tracks are definitely not as refined as the ones actually released around the time (something that’s only highlighted more if you go back and listen to Skream’s deubt from ’06 as I did after hearing this) but I think that’s to be expected with the ‘Unreleased’ label and all – from an archival front it’s nice to see tracks like this see the light of day as well. Over the three volumes it’s really interesting to see Skream’s sound develop and change with both experience and access to technology – while the later ones may be a little more slick in their production, I do still love me a dubplate that sounds like it was knocked out in someone’s bedroom one weekend like this one.

And that’ll wrap it up for this time. This was meant to be a little quickie, but since I had to jumble up the post with the Daft Punk announcement so I came back and added a bit to this one. It’s been a fairly productive week, I’ve tried to focus a bit more on writing new stuff rather than restoring – which apart from me biting off a bit more than is comfortable with the Moby Retro Review has been surprisingly smooth sailing, I’ll try and keep it up!

And as always, stay safe and enjoy the music.

Into the Nineties and beyond

Antony Turiello & Kato Kat teamed up to bring you “Closer”!