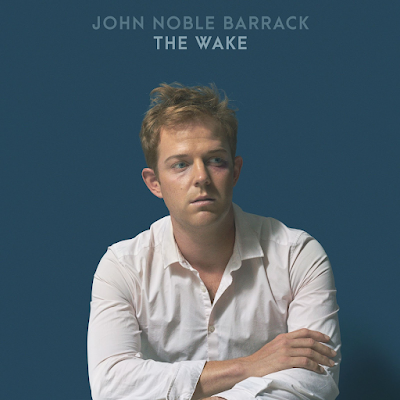 Weaving stories of grief, hope, death, disillusionment, and euphoria through the eyes of a twenty-something New Englander, John Noble Barrack stops at nothing. The Brooklyn-based folk/rock singer-songwriter has appeared on stage in New York City, Saratoga Springs, NY, Martha’s Vineyard, MA, and Savannah, Georgia – all while writing his first four singles, appearing on TV twice (Bull; The Marvelous Mrs. Maisel), and navigating a thankfully waning laundry list of day jobs.

John Noble Barrack is also a man of great athletic ability with a heart of gold, has raised money through biking and running for cancer research, and has given his time to amazing charities that benefit many important causes.

Charities John Noble Barrack has been involved in include the Pan-Mass Challenge: https://www.pmc.org/, where he raised over $10,000 in 2020 and biked 190 miles for cancer research. He has also run in races such as the Boston Olympic Triathlon, Oceanside Half Ironman, NYC Central Park and Far Rockaway triathlon and has raised money for nonprofits such as National Disability Theater and The Actors Fund. Barrack has most recently become heavily involved in The Theater Offensive, whose mission is to present liberating art by, for, and about queer and trans people of colour that transcends artistic boundaries, celebrates cultural abundance, and dismantles oppression.

John Noble Barrack continues his character study of loss with his third studio single “The Wake”. His scarce production lends itself beautifully to the lyrics of the song. His use of space and timing in this song perfectly pairs with the feeling of healing that is happening in this song.

Barrack finds himself feeling juvenile again with the same pain that always comes with every heartbreak. He is living in the moment of waking up and realizing he is without her for the first time. We’ve all had that moment of total understanding that you are holding onto a dream and what used to be a large part of your life is no longer. There are times when it is necessary to live in that pain in order to get through it and that is precisely what John Noble Barrack is doing with this song.