Old Nick – The Night of the Ambush and the Pillage by the Queen Ann Styl’d Furniture, Animated by One of the Dozen or So Spells That Thee Eastern Vampyre Has Studied [Things You Might Have Missed 2020] 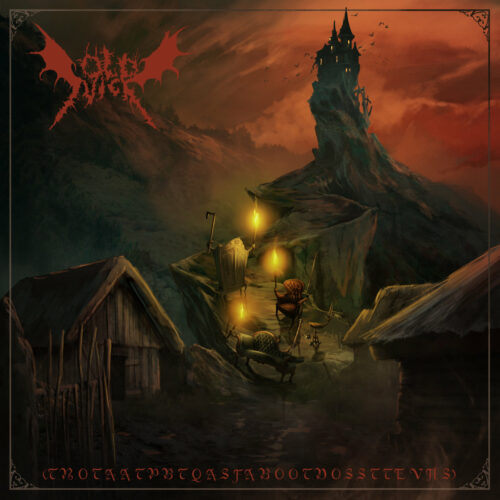 I’m not sure why I spent so much of 2020 deep diving into the raw black metal recesses of Bandcamp. Might be because ice cold nihilism was especially in fashion this season, or maybe all the social isolating helped me connect more with the weirdo basement dweller one man band crowd. Whatever the reason, I wound up having a great time listening to some truly terrible music. A lot of it is borderline unlistenable, and a lot of that’s on purpose, because badly recording and producing one’s bad playing is pretty kvlt. Of course, this doesn’t preclude truly talented musicians drawn to the genre’s gritty mystique from making some rock solid metal albums. My explorations led me to several enjoyable hours of holding invisible fruit aloft to the likes of Nimbifer, Lamp of Murmuur, Vampyric and Axis of Light. But in a genre generally devoid of bells, whistles or a sense of humor, one band in particular crab crawled up to me out of nowhere, raised a spiked gauntlet, took my hand, and shocked me with one of those novelty clown buzzers. That band was Old Nick.

Rising from the accursed wastelands of, uh, the California Bay Area, Old Nick is a three piece consisting of Practitioner, Sentencer and apparent mastermind Abysmal Specter. In this, their first year of existence, they released an astounding two full-lengths, seven EPs and two splits.1 I listened to and at least somewhat enjoyed them all, but The Night of the Ambush and the Pillage by the Queen Ann Styl’d Furniture, Animated by One of the Dozen or So Spells That Thee Eastern Vampyre Has Studied (T.N.O.T.A.A.T.P.B.T.Q.A.S.F.A.B.O.O.T.D.O.S.S.T.T.E.V.H.S) is their finest offering. Their sound would be accurately called a cross between raw black metal and dungeon synth, but I promise they don’t sound like what you’re thinking. Well, production-wise they do. The DR is probably a negative number, but the riffs here are sharp, relatively simple and legible beneath the grime. And then there’s the synths. I’ve seen them described elsewhere as garage sale Casio keyboard or 80s video game, and that’s not exactly wrong. They’re jaunty and often silly, like the muppet-y “do do do do” of “Plat Map of the 11th Vampire Lord’s Domicile,” but they’re always infectious and memorable. Sometimes they’re even properly sorrowful, as on “Smashing the Chandelier of the Meanest Ghost.” 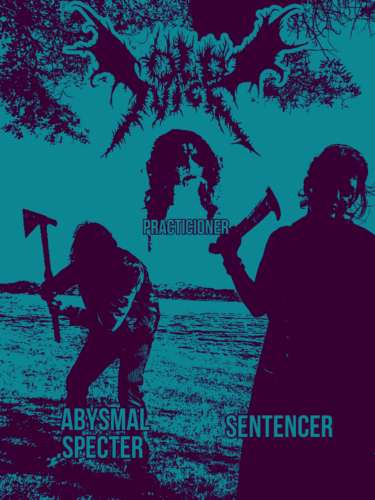 As you’ve no doubt gleaned from their verbose titles, Old Nick is all about ghosts, vampires and witches, but with all the seriousness of “What We Do In the Shadows.” Across their 2020 output, they’ve told the tale of haunted chamber pots, overdue library spell books and vain, lingerie wearing ghouls. In a way, they’re the black metal equivalent of They Might Be Giants, and like that nerdy alt-rock band, Old Nick can draw you in with their songwriting chops. The riffs throughout T.N.O.T.A.A.T.P.B.T.Q.A.S.F.A.B.O.O.T.D.O.S.S.T.T.E.V.H.S are sneaky good, turning from primitive stomps to searing blasts on a dime. Some blindside with their emotive power, as in the final minute of “The Witch’s Terrible Library Book, Due On October 31st, 1756.” Simply put, they never forget to be a black metal band in the midst of all that odd ball humor.

I predict a large number of you will think I’ve taken leave of my senses after hitting play on the embed. Some will at least appreciate this as something different even if they don’t enjoy it, and a few of you will immediately think this is THE SHIT. Those few are invited to my house after the pandemic where we’ll listen to Old Nick, wear haunted lingerie and see where the night takes us. If you like what you hear on T.N.O.T.A.A.T.P.B.T.Q.A.S.F.A.B.O.O.T.D.O.S.S.T.T.E.V.H.S, you’ll appreciate their other 2020 releases. If you don’t, maybe you just don’t like fun.2

The post Old Nick – The Night of the Ambush and the Pillage by the Queen Ann Styl’d Furniture, Animated by One of the Dozen or So Spells That Thee Eastern Vampyre Has Studied [Things You Might Have Missed 2020] appeared first on Angry Metal Guy.

CATTLE DECAPITATION Shares Video For “Finish Them,” Filmed in Australia on 2020