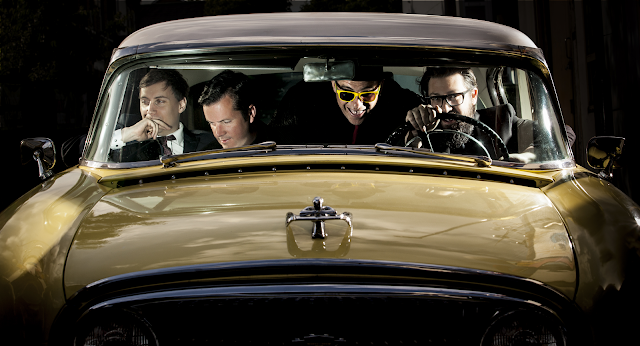 Rising out of London as fast as Usain Bolt runs is PolSky with their incredibly infectious track, “Halcyon Daze”. It’s their second studio single ever and follows on from the well received debut cut “100 Million Ways to Days”, which saw them get well over 65k plays (remixes included) on Spotify alone!

they could easily be the next big dance-rock band to break out of the UK.

Musically the track is urgent as anything from the mid 2000s and resembles the lovechild of Bloc Party ad The Futureheads with their angular guitars, moments of dance-rock synth goodness and fast drums. “Halcyon Daze” for me is one of those songs I can see forever being an indie-rock anthem it’s that addictive, and even as I’m writing this I’ve got it on repeat and I’m bopping and grooving.
With countless Spotify playlisting placements and hype online since their inception it feels like that they’re going forwards with their heads held so high nothing will stop them, and I hope they keep on dropping tunes such as this!
The band has a single launch party at JuJu’s Brick Lane, London tomorrow – 22nd September 2022 – so be sure to grab a ticket while you can, they could easily be the next big dance-rock band to break out of the UK.