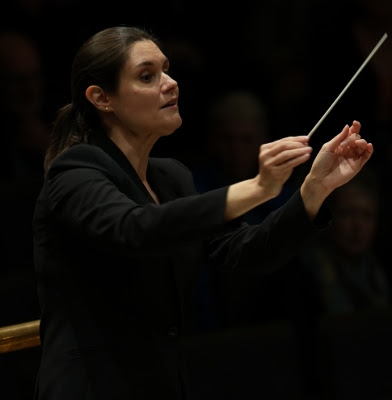 There could have been few orchestral works more appropriate to reflect our thoughts after the death of a sovereign than two we heard played by the Hallé yesterday.

Neither was planned with such an event in mind, but Dobrinka Tabakova’s Cello Concerto has a central movement that ends in so still and elegiac an atmosphere as to seem as if written as a meditation on profound loss, and Tchaikovsky’s Sixth Symphony is itself a journey into finality and silence.

Delyana Lazarova, the assistant conductor to Sir Mark Elder, conducted this opening concert of the 2022-23 season, beginning it, and others, by playing the National Anthem. It wasn’t the stirring version, begun with a side-drum call to arms, that older audience members remember from the years last century when war was still a keen memory, but Britten’s, with a quiet beginning, as befits the prayer it really is.

We were soon into the whirl of Ravel’s La Valse, begun under Lazarova’s baton in a manner as rhythmically numinous as it was in other ways, but soon full of impetus and precision, the richness of its textures fully realized and the tensions effectively rising to its shattering close.

Dobrinka Tabakova, now the Hallé’s artist in residence, was present to hear Guy Johnston play the solo in her concerto of 2008. It’s a readily appreciable piece: three movements, clear themes and motifs, harmonious chording and real tunes. What a refreshment to hear new music like that! It’s also very hard for the soloist, who’s frequently up in violin register in the early part of the piece, by Guy Johnston was unabashed by those demands and brought eloquence and sweetness to the melodies – especially the lovely dialogue with solo viola in the central movement.

The Tchaikovsky symphony is one most listeners and all players will have been familiar with for years. I’m a child of the 1960s, when conductors (including John Barbirolli) were more inclined to use tempo flexibility as a vehicle for expounding structure, and Lazarova’s safe and steady tempo for the third movement (Allegro molto vivace, it says) ensured crisp and accurate articulation but lost out a bit in the hysteria department, which can be an important part of the symphony’s emotional journey (the finale has even been “diagnosed” by the learned as exhibiting clinical evidence of hysteria in the way those chromatic upward rushes are shared from first to second violin parts in the score).

The first movement was magisterially presented, careful baton beating bringing springy rhythms throughout and brightness and brilliance characterising the development part of its structure. The last pages were beautifully intense and tragic.

The orchestra was led by Magnus Johnston (Guy’s brother, as it happens), and though several of the regular section leaders (noticeably in the strings) weren’t present, the guest principal bassoon, Daniel Handsworth, made an eloquent contribution to his solos in the Tchaikovsky symphony.

Boulder Phil opens 22–23 season with ‘Hymn to the Earth’