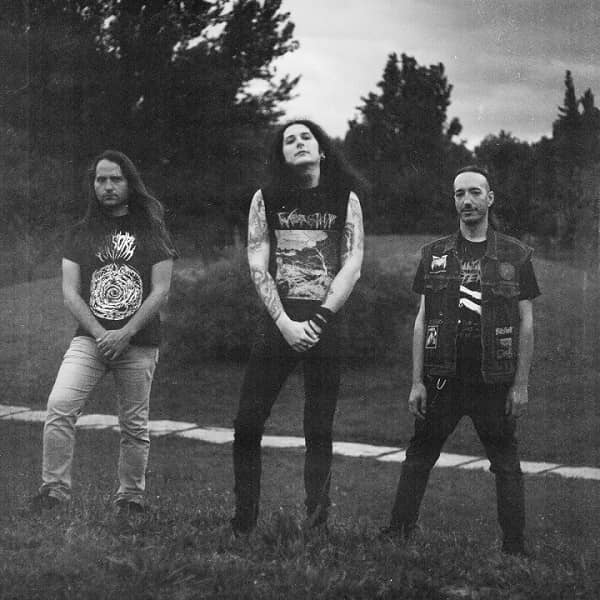 A newborn abomination devoted to the filthiest form of ancient death metal in the vein of Autopsy/Abscess, Decomposed, and Dream Death, Shrieking Demons may surprise with their moniker, but their sound is as sure and steadfast as it comes. A power-trio in the grand tradition featuring members of Assumption, Undead Creep, Morbo, Gravesite, Haemophagus, and Becerus among others, Shrieking Demons‘ sound is both sparse and smothering on their public debut, Diabolical Regurgitations. It’s a swift and exciting spin at a concise 17 minutes, dredging up doom before kicking into classic, righteously headbanging gallops, and all rounded out by crushingly clear production that sacrifices not one whit of grit or grime: simply, the sewer-dredging effect of Shrieking Demons cannot be washed off!

Drink deep and vomit it back up, for Shrieking Demons have arrived with Diabolical Regurgitations!

Full drink & vomit exclusively HERE, courtesy of MetalBite.com. Preorder info can be found HERE at Caligari‘s Bandcamp. Cover and tracklisting are as follows:

When You Hear A Honky Tonk Song