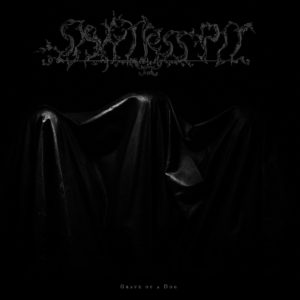 Something wicked this way comes. In the opening seconds of Sightless Pit‘s Grave of a Dog, the sound of an alien witch coven bubbles upwards. Lingua Ignota‘s Kristin Hayter provides one angle of attack: sweet malevolence. Then, a corrosive electronic throb emanates and male vocals – gargled and sphyxiated – strangle the sweetness of Hayter’s cleans. Lee Buford of The Body and Dylan Walker of Full of Hell provide an alternative angle of attack: harsh, industrial and nasty. Grave of a Dog, described by Walker, is “about the anonymity of struggle, the darkness of a lifetime wasted warring against nature, god and everything else, only to be defeated… nothing… the end.”

Apocalyptic vibes run through the record. Grave of a Dog is a hopeless sounding experiment of sound. Nothing is too outrageous, however; Buford’s death-industrial elements aren’t overwhelming and needlessly abrasive, the song structures aren’t stretched out into oblivion, and the record doesn’t attempt to cram in a million depressive motifs. Instead, Grave of a Dog is satisfyingly subtle and unified for a record created by three musicians with such intensely vitriolic musical perspectives.

The angelic shimmer of Hayter’s vocals, in “The Ocean of Mercy” particularly (a demented Florence and the Machine), warbles above a morose calmness of organs and electronics. “Violent Rain” is similar, if somewhat more abrasive. Serene softness – pianos and high-pitched vocals – moves starkly against subterranean electronic churning and demonic gargles. This clash of sound co-exists throughout; it’s addictively strange. The range of instrumentation and percussive field-recordings adds a luscious unease to Grave of a Dog. It’s a record that rewards a close and careful listen: eyes closed, mind open.

Grave of a Dog is a wildfire burning constantly rather than an eruption. Songs rarely explode into show-stopping set pieces; instead, they apply layer after layer of unease and distress that sucks its way into the psyche. “Drunk of Marrow” is a prime example of a track that drills itself into the brain with its constant ebb-and-flow of strangely warming but harsh sound. “Miles of Chain,” too, starts off in an emotionally bereft pit and drags a listener down and down through a bubbling, creaking landscape of vomit-vocals and echoes. 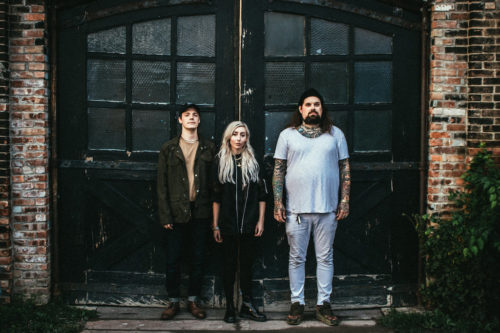 Closer “Love is Dead, All Love is Dead” is aptly titled. Its mellow and reflective length brings the album to its knees with a slow kiss of death. I disliked its placid tone at first, but after revisiting the album I found it to be a suitable end that strangles a listener from the shadows. Sightless Pit channels the most appealing elements of Lingua Ignota, The Body and Full of Hell through a trance-inducing cinematic soundscape that sounds like little else in 2020. Grave of a Dog has provided an evocative backdrop to some bleak moments in 2020 – it’s the power of the album and the power of music.

Tracks to Check Out: “Kingscorpse,” “Drunk on Marrow,” “Love is Dead, All Love is Dead”

The post Sightless Pit – Grave of a Dog [Things You Might Have Missed 2020] appeared first on Angry Metal Guy.