Silverstein Announce ‘Out Of This World’ Virtual Concert Series 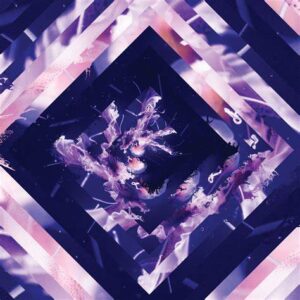 Silverstein
Announce ‘Out Of This World’
Virtual Concert Series

New Album
‘A Beautiful Place To Drown’ Out Now!

After a whirlwind 2020 celebrating two decades together and the release of their ninth studio album, Silverstein are announcing plans to kick off 2021 with an immersive livestream event series in February.

Across three weekends the band will perform unique sets spanning their extensive catalogue. Virtual VIP “meet and greets” and photo opps will be available with the full band, meanwhile fans can grab extremely limited merch items including silk screen posters, an official Guitar Pick tin with Silverstein Picks, plus the ‘Out of this World’ soundtrack (scored by Silverstein’s honorary 6th member, producer Mike Tompa) on cassette.

Tickets, 3-Show & VIP passes and limited merch are on sale now via www.SilversteinStore.com

With traditional touring and promo plans stunted due to COVID restrictions, Silverstein doubled down to celebrate their 2020 album A Beautiful Place To Drown in creative ways, including recording alternate versions of ‘Infinite’ & ‘Where Are You‘ during lockdown, and releasing their ‘Quaranstein‘ documentary.

After capping a monumental – though unconventional – 20th anniversary year with the release of Redux II and their debut livestream event, Silverstein will come together to bring their ‘Out Of This World’ streaming experience to fans in February. Full details below.

‘A BEAUTIFUL PLACE TO DROWN’ OUT NOW VIA UNFD
CLICK TO STREAM/PURCHASE:
unfd.lnk.to/ABPTD

A Beautiful Place To Drown debuted on seven Billboard charts (including #122 Top 200, #5 Rock Albums, and #3 Current Alternative) and garnered global media praise. Encapsulating the best of Silverstein while pushing their sound into daring new territory, the record finds the five-piece straddling their emo and post-hardcore roots on top of pop and rock sensibilities.

With huge appearances from the likes of rap goddess Princess Nokia to Underoath’s Aaron Gillespie, Beartooth’s Caleb Shomo, Simple Plan’s Pierre Bouvier, and more peppered throughout, ABPTD is indicative of Silverstein’s fluidity and wide-reaching impact to listeners in all worlds of music.

A Beautiful Place To Drown is streaming everywhere now. More details and tickets to Silverstein’s ‘Out Of This World’ livestream series below.

SILVERSTEIN
2021 ‘OUT OF THIS WORLD’
LIVESTREAM SERIES

*Each set available on-demand until March 1 after airing* 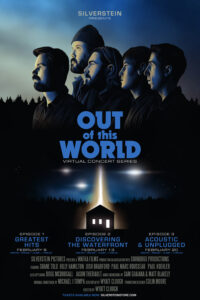 The post Silverstein Announce ‘Out Of This World’ Virtual Concert Series appeared first on Black of Hearts.

Discover: Tarah Who? – Swallow That Pill