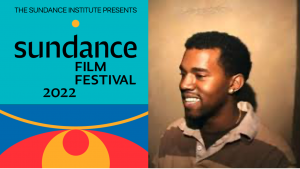 The annual Sundance film festival has moved online, giving visitors around the world a chance to check out some of the year’s most impactful films ranging from dramatic shorts to full-length feature documentaries and everything in between, many of which intersect with the hip-hop culture and community. (A full list of all programs can be found online at Sundance’s official website.)

One of the most-anticipated films of the festival, jeen-yuhs takes a deep dive into the story beyond the iconic artist and his music in what is described as “an intimate and empathetic chronicle featuring never-before-seen footage from 21 years in the life of a captivating figure.”

More information including showtimes can be found at: https://festival.sundance.org/program/#film-info/61ae0d7e14aef7a2fe1bf5a6.

TikTok Boom (U.S. Documentary Competition)
TikTok has taken the world by storm and the documentary TikTok Boom examines the algorithmic, socio-political, economic, and cultural influences and impact of the history-making app. This film dives into the inner workings of the TikTok community and its innovative mechanics as well as explores issues such as security concerns, global political challenges, and racial biases behind the platform.

More information including showtimes can be found at: https://festival.sundance.org/program/#film-info/61ae079f6c1de53000c80ccb

In this short, a queer Black aspiring Baltimore rapper must outwit his vengeful day-job boss in order to avoid getting fired after accidentally eating an edible.

More information including showtimes can be found at: https://festival.sundance.org/program/#film-info/61ae179b14aef76c6a1c26b4.

Long before cancel culture was part of mainstream terminology, Irish global pop star Sinead O’Connor was one of the first major artists to essentially be canceled after she tore up a picture of the pope during a performance on SNL in 1992. This documentary follows her career during thelate 1980s and early 1990s, when O’Connor was “establishing herself as an artist while fighting an onslaught of misogyny and prejudice in the male-dominated music industry and beyond,” according to the film’s director. The documentary should be interesting in comparing the fallout of her words and actions to the fallout experienced by major artists such as DaBaby, Nicki Minaj, and others who have been in the news in recent months for controversial statements.

More information including showtimes can be found at: https://festival.sundance.org/program/#film-info/61ae11a014aef721b41c0c45.

The way that people learn their alphabet letters has always been rooted in certain cultural context. In 1970, Black teachers in Chicago developed what was known as the Black ABCs, alphabet flash cards to provide Black-centered teaching materials to the vastly white educational landscape. This short has 26 scenes, each providing updated meanings to each letter.

More information including showtimes can be found at: https://festival.sundance.org/program/#film-info/61afe8851e0daa6d06f3739e.

The post Source Sundance Preview: Films to Check Out appeared first on The Source.

NLE Choppa Pushes ‘Me vs. Me’ Album Back For ‘Memphis’ a.k.a. Young Dolph Tribute Album