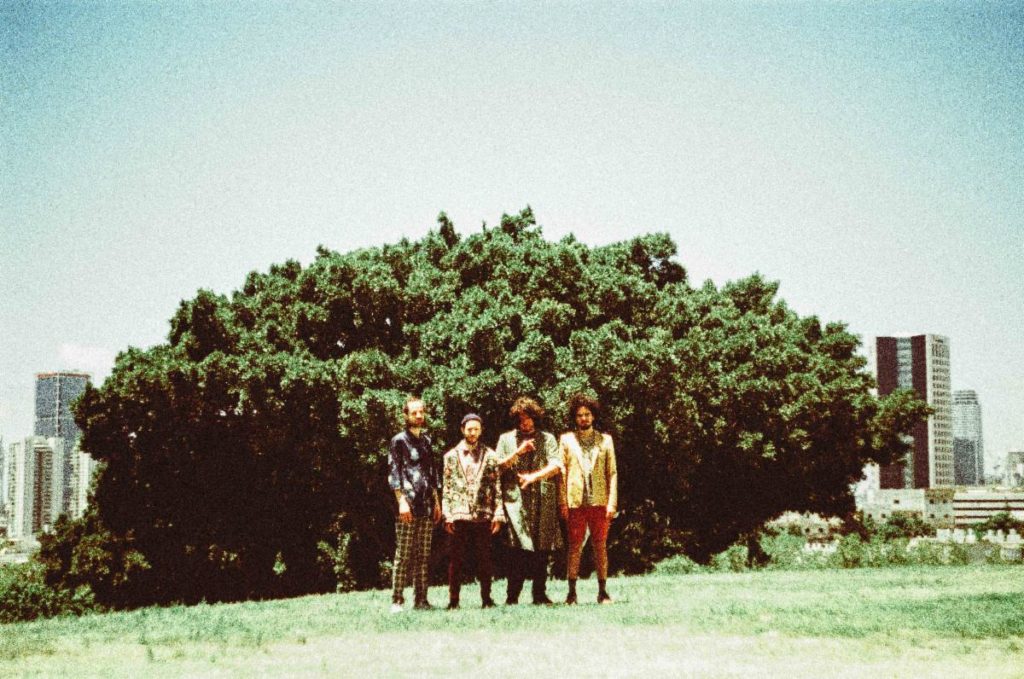 Stones Throw will release the debut album from Apifera, the new project of Yuvi Havkin, better known for his work as Rejoicer.

Havkin is joined by Nitai Hershkovits on keys, plus Amir Bresler on drums and Yonatan Albalak on bass.

Apifera’s influences range from the folk music of their home country, Israel, to the traditional music from Sudan and Ghana, and the transcendental jazz of Sun Ra. Working intuitively, the quartet wrote and recorded Overstand mostly live in just three days. The final album includes minimal overdubbing.

Alongside today’s announcement, Apifera have shared a live video version of “The Pit & The Beggar.” The group describes their new single as “a spiral staircase into a wide abyss, revealing new colors on every turn.”

Overstand LP will land on January 25. Meanwhile, you can stream “The Pit & The Beggar” below and pre-order the record here.

Katy Perry in team con i Pokemon per l’anniversario