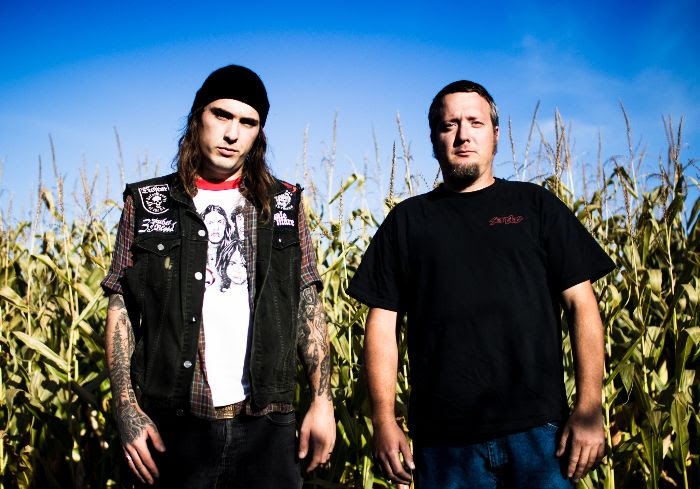 Traditional metal band TANTIVY have teamed up with Metal Injection to stream the entirety of their new release “Eyes In the Night“. The album is set to be released this Friday.

Listen to the album: https://metalinjection.net/av/full-album-stream/tantivy-bring-back-old-school-thrash-with-eyes-in-the-night

With the drive of Motörhead, the hooks of Judas Priest, and the thrash acrobatics of Toxic Holocaust, Wisconsin duo Tantivy is chomping at the bit of traditional heavy metal.  Guitarist, bassist, and vocalist Adam Geurink is joined by drummer Jon Zimick in a musical match made in hell.

While certainly a departure from Guerink’s crust-influenced outfit WARDEHNS, Tantivy is no less imposing.  Its rousing guitar lines, pummeling drums, and clever composition are complemented by Guerink’s gritty vocal delivery.  In five short tracks, Tantivy — named for an archaic word meaning a rapid gallop or ride — makes an impression that can often take years to muster.  When Geurink snarls “Heavy metal’s all I bleed” at unknown antagonist in the track “Houndin Ya,” you know it’s the truth.

Tantivy will release a teaser single later this year and their debut EP is expected in January 2021.  Trad metal fans, don’t sleep on this powerful new band.

New Music Review: COUNTLESS THOUSANDS ‘…And the Triumph of Justice’