The Boys With Perpetual Nervousness and Aaron Lee Tasjan 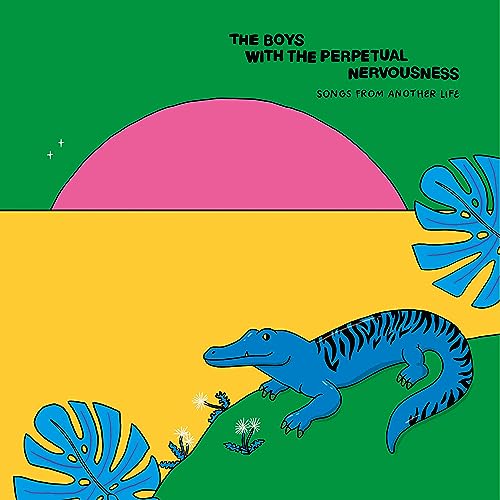 The Boys With Perpetual Nervousness “Songs From Another Life”

Andrew Taylor has been doubling his output since this past summer, not only with his main band Dropkick, but his side project with Gonzalo Marcos aka The Boys With Perpetual Nervousness. Like the highly-rated debut, this new BWPN album is a continuation of catchy jangle-filled themes. It’s loaded with sticky pop hooks akin to Teenage Fanclub.

Opening with “I Don’t Mind” is a great start with a strong flowing tempo that ends just as you get into a groove, but even better is the Byrdsian guitar signature in “Play (On My Mind).” Each song is a gem, but some of my favorites include the sweet look back on “Rose Tinted Glass,” “Summer,” and “Lethargy.” Although many of the songs share a similar tempo (my only pet peeve here) there is enough distinction to prevent them from blending together.  Highly Recommended and a contender for my top 10 in 2021 list.

Nashville singer-songwriter Aaron Lee Tasjan is hard to pin down, and he likes it that way. “Sunday Women” is a deceptively simple song, a phrase repeated over and over, like a daydream. Then “Computer of Love” establishes an easy-going feeling before it launches into the catchy chorus “My little avatar/I’ll never know who you really are” all about casual dating and friendships on the internet. Echoes of Tom Petty are on “Up All Night” and Tasjan’s guitar actually emulates the sound of synths on “Don’t Overthink It.”

“Another Lonely Day” and “Feminine Walk” in some ways remind me of Bleu McAuley, with its acoustic bounce, and a multi-harmonic vocal. The melodic qualities and songwriting are top-notch. “Now You Know” is a confessional that just draws you in with just a vocal and bass line. A superb album that’s very inviting, and reveals more with every listen. Highly Recommended.

The post The Boys With Perpetual Nervousness and Aaron Lee Tasjan appeared first on Powerpopholic.

Minuit Machine – Lovers Of The Night