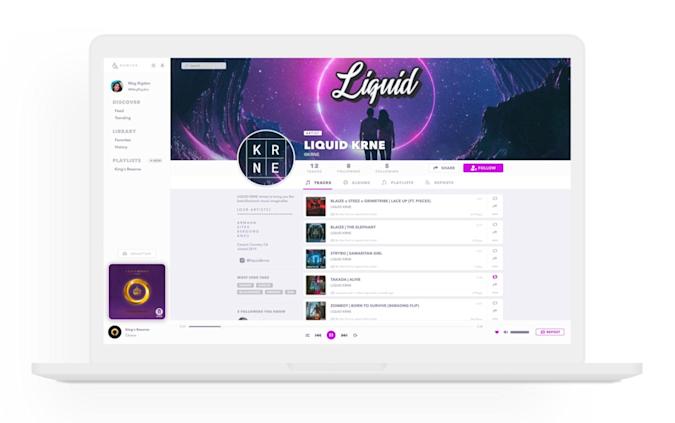 Audius has exploded onto the music scene since its launch in 2019. The new Blockchain-enabled streaming service already has 6 million monthly users. It even became the first streaming service to ink a deal with TikTok. Audius has announced a new $5 million round of strategic funding. It now features an impressive list of investors including The Chainsmokers, Steve Aoki, and Disclosure. Katy Perry, Nas, Pusha T, and Jason Derulo have joined the party too.

This latest investment started with Blockchange Ventures, a blockchain venture fund. It raised their total fund to $15 million in total. The platform claims to be “owned and run by artists, fans, and developers.” It allows artists to distribute to and get paid directly from their fans. It has its’s own platform token called $AUDIO.

The service is really aimed at independent artists. While signed artists are already on Audius, it is the self-released artists that have the most to benefit. They can connect with their fans like never before. Also, a very big perk to note: the service is currently free.

In addition to artists getting directly paid from fans, everyone on the platform will get a say in the future of the service. The decentralized governance protocol allows all to be a part of the decision-making regarding changes and upgrades. The Chainsmokers had this to say:

“We got our start sharing music directly with fans and so we are really aligned with the way Audius uses the blockchain to enhance the artist-fan relationship…We plan to upload the stuff we play live, which we wouldn’t typically share on traditional music platforms.”

Setting the Mood for your Summer

A Sweeth Tooth gets us all.