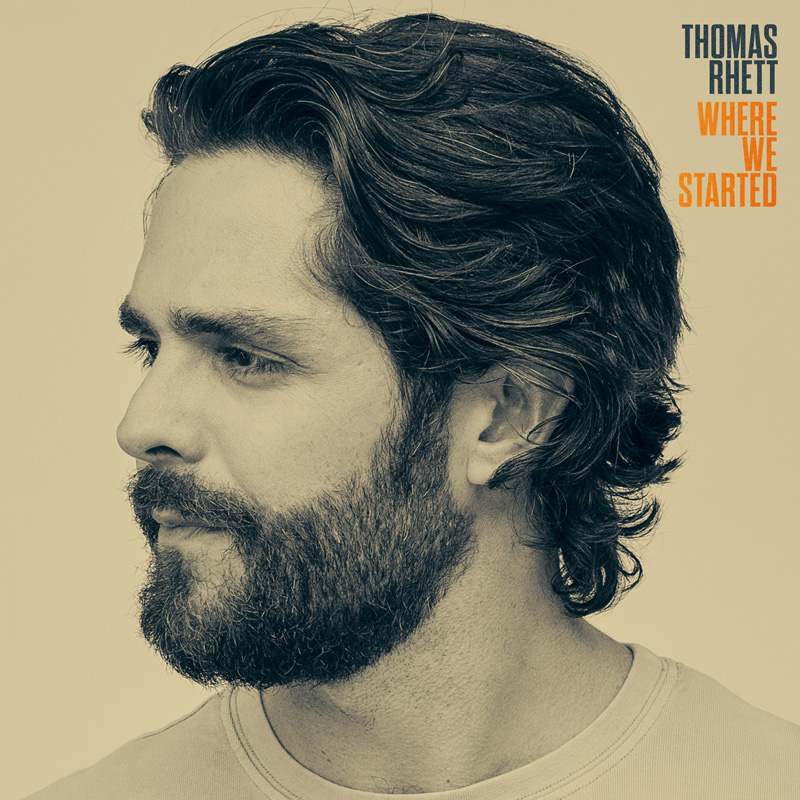 Inspired by his return to the road — after foregoing live fan-filled arenas across the globe for his living room in Nashville like so many — the album marks a similar return to Thomas Rhett’s in-the-moment mix of tempo, transcendent romance and tip-of-the-spear sonic trailblazing, as Country’s resident good-life philosopher shakes away a year-plus of off-stage dust.

“For me, getting into the entertainer headspace and back onstage was euphoria,” Thomas Rhett explains. “When you go a year and a half without it, then feel it for the first time again, it’s the coolest thing in the world. That’s really where my brain has been and where these songs came from — they’re some of my favorite songs that I’ve ever been a part of. I’m just enjoying life so much right now, getting to be a dad, collaborating with incredible artists, playing shows with my friends, and watching people smile from the stage. It has really filled my soul.”

To hear more about WHERE WE STARTED, watch here: https://tr.lnk.to/WhereWeStarted_TrailerPR.

The post Thomas Rhett To Release New Album ‘Where We Started’ On April 1st appeared first on Six Shooter Country.