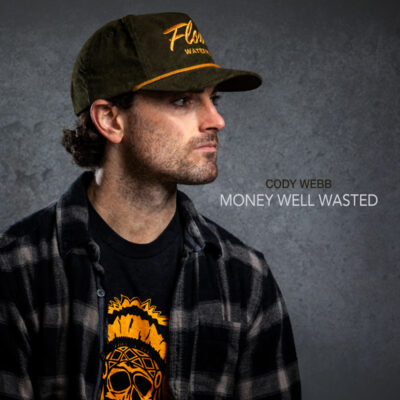 “’Money Well Wasted’ embodies everything we did as teenagers and young adults that may seem foolish, but created memories you will cherish for a lifetime,” offered Webb.

Webb co-wrote “Money Well Wasted” with Jordan Rowe and Daniel E. Johnson. “We started this song a long time ago and I had sort of forgotten about it until we were writing again one day recently,” Webb recalled. “We all sort of had a ‘Wow’ moment when we listened back and decided to finish it. It sort of came out of nowhere for this project, but I’m really excited to add this one to our show and get it out there. It feels very real and true to how I grew up.”

The single release coincides with Webb’s just announced “This Gas Ain’t Cheap Enough Tour” with stops throughout the southeast including Charlotte, Charleston, and Columbia, SC.

A no-holds performer, Webb knows what his fans want after grinding it out on the road opening for Morgan Wallen, Cole Swindell, Easton Corbin, LoCash, and headlining his own hugely popular college tailgate shows, which included a Taste of Country Instagram takeover from his alma mater Clemson University.

People are taking notice of the Ridge Springs, S.C. native. In November Webb was tapped by the Amusement and Machine Operators Association (AMOA) for their emerging artist platform Jukebox Jams, which was featured in 80,000 venues nationwide and presented in cooperation with TouchTunes and AMI Entertainment.

With more than a million streams for his early release “Jon Boat” and a cut on Luke Comb’s multi-Platinum debut This One’s For You (“Memories Are Made Of”), Webb has found a growing audience of like-minded music purists, who are just as passionate about Friday night as they are about Sunday morning.

The Moon, The Stars And Me