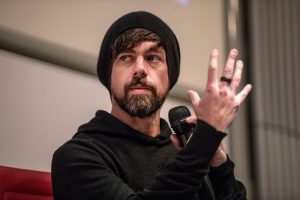 In the days following President Trump inciting an insurrection against the United States, Twitter permanently removed Trump from its app. Twitter and the company’s CEO Jack Dorsey received both praise and criticism.

Following the decision, Dorsey spoke about the decision, citing the reason as the attempt to foster “a more peaceful existence on earth,” to Variety.

Dorsey expanded on the reasoning in a thread on Twitter.

“We faced an extraordinary and untenable circumstance, forcing us to focus all of our actions on public safety,” Dorsey wrote. “Offline harm as a result of online speech is demonstrably real, and what drives our policy and enforcement above all.”

“It’s important that we acknowledge this is a time of great uncertainty and struggle for so many around the world,” Dorsey wrote. “Our goal in this moment is to disarm as much as we can, and ensure we are all building towards a greater common understanding, and a more peaceful existence on earth.”

You can see the tweets in the thread, which starts below.