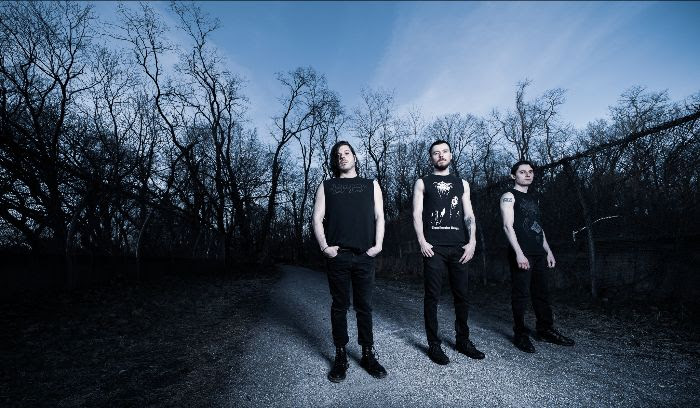 New York black metal band VISERION have released their single “Vaporized” via Metal-Rules. The song is taken from “Natural Selection” which will be released on August 13th.

The band commented “Vaporized” details the horrific aftermath witnessed by a survivor of an atomic explosion. The instrumentation represents the apocalyptic destruction and darkness that follows the blast.”

From its inception, Viserion has never shied away from the outlands of darkness and despair. Embodying the shadows that skirt our nightmares and steal our joy. Embracing the bleakness, their debut record “Natural Selection” will leave you haunted.

Formed in 2019, members John Magnani (guitarist),  Benedetto Marvilli (bassist and vocalist) and Matt Marvilli (drummer) came together to cast their long shadow over the world. Taking inspiration from arguably black metal’s most fertile and explosive period — the early to mid-1990s — the music channels the unrelenting terror and iciness of their forebears: Mayhem, Darkthrone and Behemoth. The foreboding darkness that transcends from each note is a palpable experience.

The collective hopelessness of the past year has been actively channeled into each of the 7 songs featured on “Natural Selection”.  Forced into separation and quarantine, the band embraced this melancholy in their composition, juxtaposed by the frenetic drumming of someone forced to create on the spot as the world, again, began to turn.

“Natural Selection” will be released August 13th, 2021. Dark and evasive in both presentation and lyrics, Viserion will lead you into the great undeniable void, dripping with beautiful anguish.