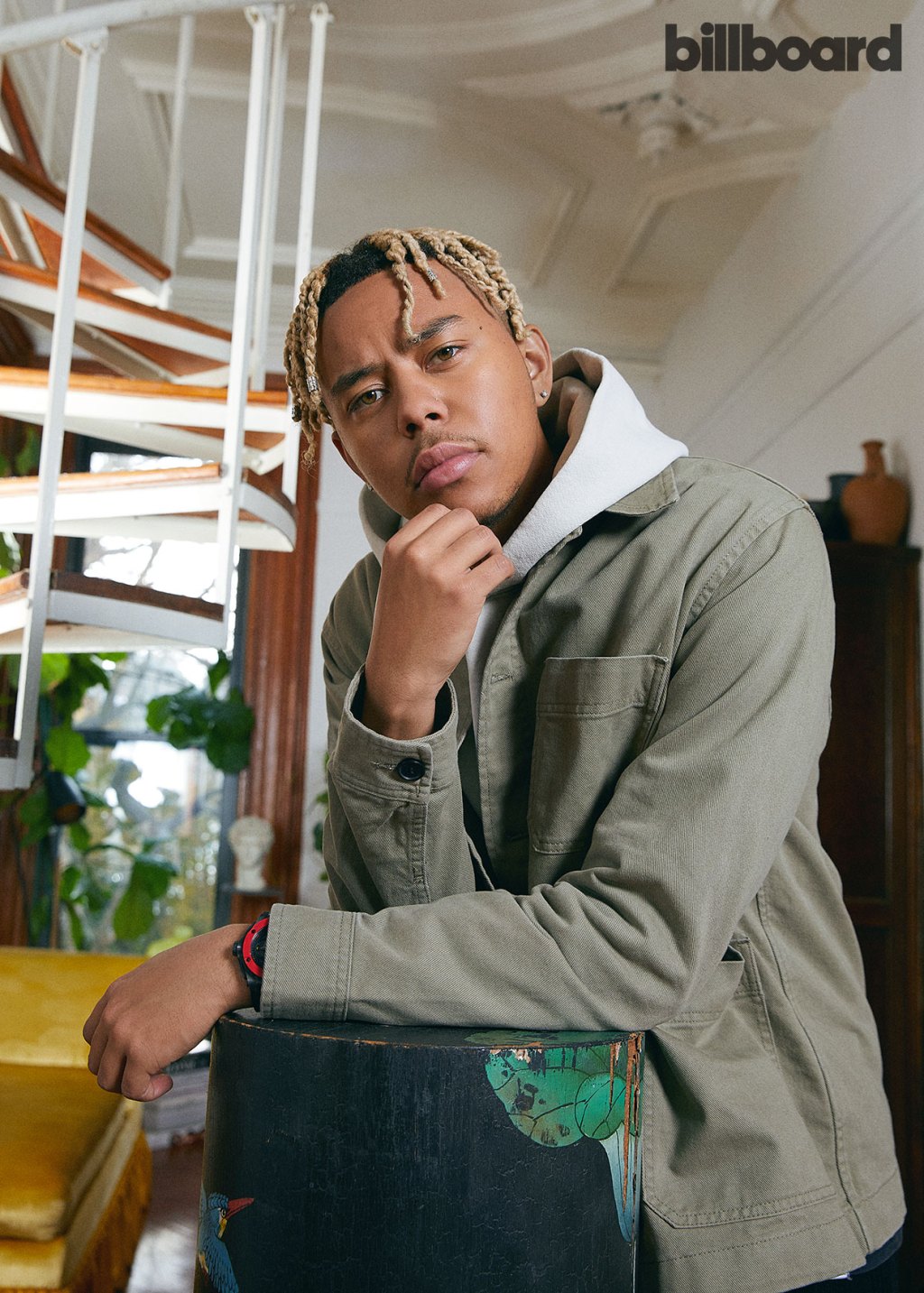 Cordae has never held his tongue when it comes to fighting for racial justice. In 2015, the then-teenage rapper participated in protests for Michael Brown and delivered a freestyle during a Black Lives Matter protest in Washington D.C. the following year. In 2020, as the movement reached its head, Cordae was arrested at a protest for Breonna Taylor in Louisville, Ky. And yet, he doesn’t consider himself an activist, “and I’m not going to pretend to be one,” he declares over Zoom from his home studio in Los Angeles. “I just gotta speak on what I feel and what I believe, because you’re not a true artist if you don’t do that.”

2020 was full of life experiences and moments of self-discovery for the now 24-year-old, most of which he channeled into his second album, From A Birds Eye View, out today (Jan. 14). From being arrested at the protest (“I just got that expunged recently,” he says), to taking his first trip to the motherland (visiting slave dungeons in Egypt and Ghana in 2020) to losing his childhood best friend, Cordae describes the 12-song album as more “memory-driven” than his 2019 debut, The Lost Boy, which peaked at No. 13 on the Billboard 200.

“I actually have to live life and go through some s–t,” he says. “Sometimes I have to go through tragedy, and I just transmute that through songs. Every song [on this album] has an exact memory and experience into creating it.”

Born Cordae Dunston, the artist grew up in Suitland, Md., spending a lot of time reading hip-hop lyrics on Genius. By 2017, he became one of three prominent members in the gaming-turned-hip-hop collective Young Boss N—-s (YBN). While YBN’s origins date back to the mid-2010s when they met via Xbox Live, the collective didn’t release its debut, YBN: The Mixtape, until 2018, one year after Cordae joined. The project, released by Atlantic, featured each members’ then-viral singles, including YBN Nahmir’s “Rubbin’ Off The Paint,” YBN Almighty Jay’s “Chopsticks” and Cordae’s “Kung Fu.”

But by 2020, a year that demanded distance, YBN started to grow apart. That August, YBN Nahmir cryptically announced on Twitter the disbanding of the collective; Cordae, who was the first to drop the YBN acronym from his stage name the following month, says the decision was mutual. “We were always solo artists,” he says. “We weren’t a group, we were a collective of individual artists. I don’t really feel like I have too much to prove as a solo artist because I’ve been a solo artist the whole time.”

For fans, Cordae always stood out from his YBN peers. Prior to the collective’s 2018 debut mixtape, he dropped a response track to J. Cole’s searing takedown of rising rappers, “1985.” Cordae’s “Old N—-s” called out the lack of unity between old school and new school — and he was quickly lauded as an artist to help bridge the genre’s generational gap.

Cordae photographed on Dec. 16, 2021, at Studio Walrus in Brooklyn.

The online back-and-forth led to him meeting the Dreamville label head and, soon enough, the two were working together. Cole landed a production credit on Cordae’s Anderson .Paak-assisted “RNP” off The Lost Boy, an album that earned Cordae two Grammy nominations (best rap album and best rap song, “Bad Idea”). His star power has since continued to rise (bolstered by headlines about his relationship with fast-rising tennis champ Naomi Osaka), following the acclaim with his first headlining tour in 2020 and the 2021 launch of his own self-funded independent label Hi Level.

“He’s not just an artist, he’s an exceptional businessman and young entrepreneur,” says Cordae’s longtime manager Ace Christian. Through Cordae’s own label deal and relationship with Atlantic, he’s been taking note of what it takes to run a successful label. With Hi Level, which is not in partnership with Atlantic and has yet to announce any signees after being launched last June, he envisions elevating and developing rising artists by offering in-house PR and marketing services. “I believe the success of Hi Level will be a direct reflection of [the success] we’ve seen from his early music career,” Christian says.

With a new venture, new music and a 28-date headlining tour kicking off Feb. 3, Cordae is making good on the promise he delivers on his recent Lil Wayne-assisted single “Sinister,” rapping: “I ain’t going nowhere/20-year career minimum.”

“I think about my legacy all the time, and how every small thing I do builds up and affects it, but also [the importance of] being present,” Cordae says. “It’s a balance, but [I’m] always just trying to think and look at the bigger picture from a broader perspective. From a bird’s eye view.”

‘Rocket League’ to partner with Grimes in “Neon Nights” event