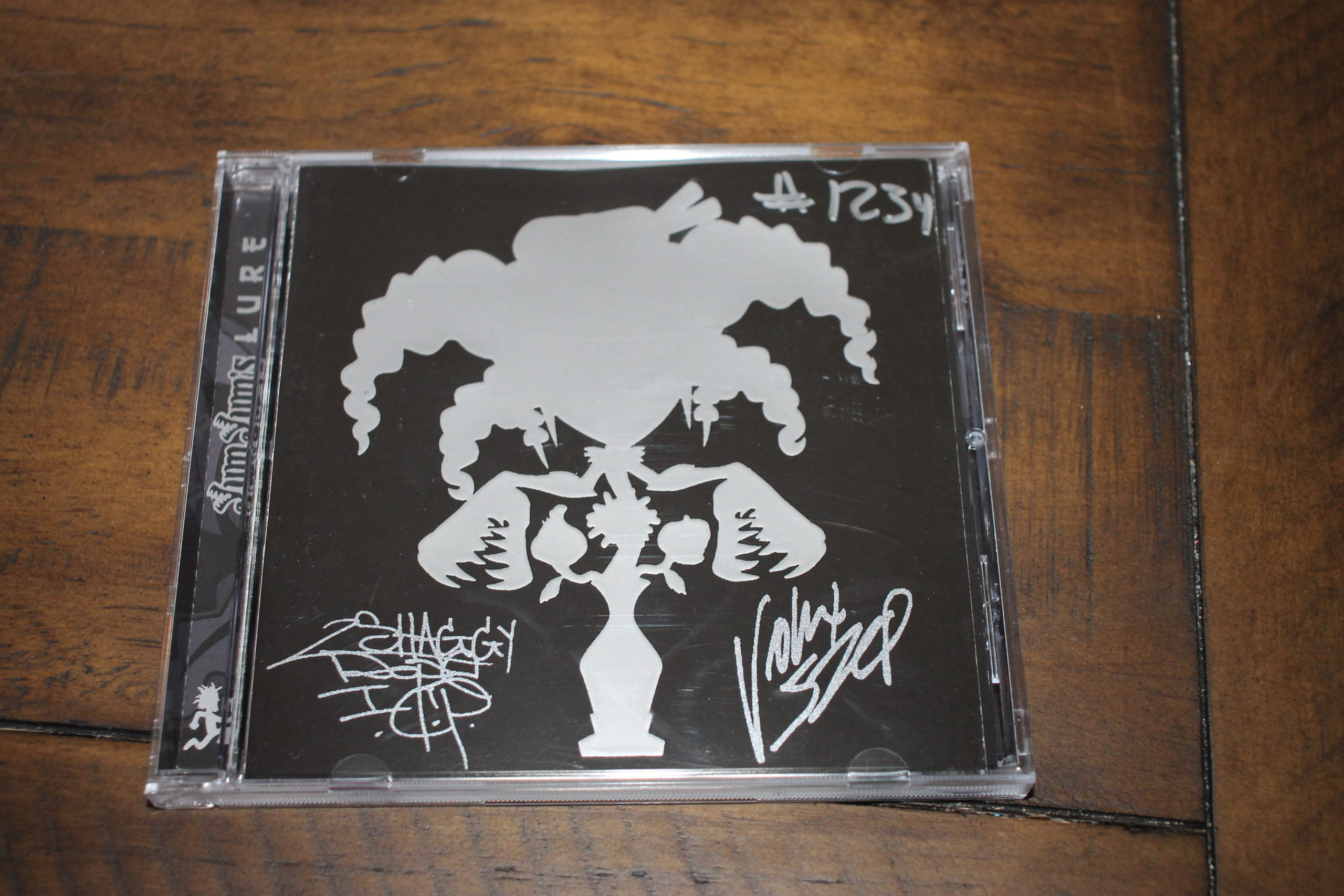 Covering the underground is a privilege  and an honor. I’ve been a fan of everything not on the radio for at least thirty years, going back to 1990 or so. I was lucky enough to live in Michigan and close enough to catch the sounds drifting out of Detroit and Flint during that time. Those were great times and I don’t suppose we will ever see it done quite like that again. How could you? With Esham, Natas, ICP, early morning Kid Rock and many more, the underground was fully functional and jam packed with talent from Motown, to Flint Town, to Sag Town, and all the way back around. ROX-TV has given me the green light to revisit and rewind, as well as celebrate the new sounds coming down the line. So that’s my mission.

Tonight’s music review is for Insane Clown Posse’s Yum Yum’s Lure which I happily received in the mail a few days ago. Like so many other Juggalos on the lock down tip, I decided to sign up for the Patreon ICP content back in October and never looked back. I’ve been extremely happy with the services, programming, and what have you. Shit I sound like an old man….Well I’m not, at least not Buddha old, so anyway my CD comes in the mail. I prefer the CD’s and Tapes to digital but that is for another time.

I popped that CD into my tired ass Impala’s radio and let the sounds roll out and this is what happened. Please keep coming back for underground music reviews, news, and everything in between. Well, lets get to it… 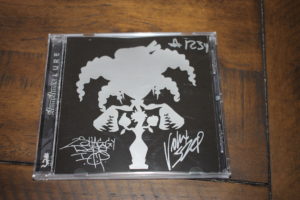 The intro is the stuff of ICP dreams, that magical sound that harkens back to the days of old. I hear memories of Terror Wheel and Ringmaster, if only for a second. That wonderful clown music that conquered me as a kid. It’s quite an intro and although the subject matter takes a minute to sink in, before you know what your doing, the music has its hooks in you. 2 Dope warns us not to look, smell, or touch this one. Full of poison, dangerous beauty, feeding on the living. Not just to kill you, but to keep you alive. The brutality of this wicked queen of botanical nature is intriguing. I don’t care what year it is, this sound takes me back to the good old days, where Juggalos didn’t cry about free shit or late starts. When I was a kid, we waited whole years for shit to happen. Take me back to the OG days, where it might not be as fast as 2021, but it sure didn’t suck as much.

Violent J drops the raps, defining the very definition of the word loyalty. He’s rapping about the weak and faint of heart. Whoever J is ringing up on his lyrical telephone sounds like the most despicable human on earth, not worth a wooden nickel. I get it, I think deep down inside we all know people like the piece of shit Violent J is dropping into a lyrical guillotine. Loyalty and betrayal. Stallion and a swine. There is a clear-cut case here to dump anyone that resembles a tenth of what these southwest Juggalo kings are describing. Unloyal hood rats and hoes, phony ass homies and limp wang back stabbers, worthless…Loyalty and betrayal, angelic or demonic, loyalty is mine, loyalty is defined….

Fast paced, and decisive. A familiar taste or sniff of the Alien Ant Farm, somewhere in this up tempo gem. It is a different kind of track with a blend of the clowns and something else. It sounds new and also nineties vintage at the same time. There is guitar and a beat that’s chopping out the next line. Singing is involved, with regular break ins by Shaggy 2 Dope. It’s an interesting direction, not my favorite song on the CD but so what, to each is own.

Track Four: Smell of the Rain

Dope rain affect at the beginning. The song drifts into a pleasant jog with Violent J setting the pace. Young love…turns to older love and then to a brutal face pounding with a brick. It’s hard to be a serial killer clown for thirty years, but J always finds a way to keep it fresh and interesting. The background music is intoxicating and sounds good with a balloon of nitrous. I like the breaks and the wait for the next lyric block to drop. I must admit I’m nodding my head to this jam, like it was 1996 in my parents shitty geo Prizm. A little Ed Gein cooking recipe is next, and back to that lofty chorus. Fuck it, I like rain too. 2 Dope arrives for the cannibal party and drops lyrics that would make Mr. Rotten Treats proud. Have Joe and Joey lost anything after thirty years….naw. I love the smell of the rain. 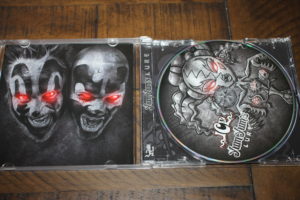 This is my favorite jam on the album. The intro is classic wicked clown fire. Violent J is an evil possessed doll from Ecuador that gets sold to a bitch boy in the states. Jimmy doesn’t believe the doll is real and the jokes on him. Jimmy reads the package and pulls the string even though its not suggested for a happy ending. The chorus is the stuff of legends. The doll is upset, the string has been pulled, and now Jimmy is trying to destroy the doll with fire, nails, but it does not matter. Jimmy loses track of the doll and he goes to bed. The doll starts singing and I don’t want it to end, ever. I’ve listened to this song at least twenty or thirty times so far. Jimmy regrets his unwise decisions and starts to get nervous, and he should. The six-inch nails come raining down like Faygo on Halloween. Jimmy is dead, and the doll sings again. Joy Joy, Joyful Toy…. more fresh music and a perfect blend of singing in the background. Again, a whiff of days long past and I love that.

Track Six: I’ve had it worse

An interesting song about the horrors of life on the wrong end of abuse and pain. The lyrics are heavier than a dead hostage. 2 Dope and Violent J reach new levels of audio horror. Wicked raps that have the ability to make a person believe that real evil exists in the world. The song is fine but I’m still getting high off the Ding Dong Doll from a few minutes earlier. I guess people at home would never know, but I’m going back one track for a rewind and another balloon. That wicked doll’s singing has got his hooks in me like a cocaine dealer roping in strippers at 4am. 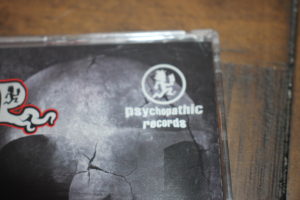 The Candyman starts out fresh and gets off to the races. 2 Dope has me nodding again. I dig the dramatic voice changes and the decent pace. I would pair this song with a jumbo or a huge joint of fine smoke. No disappointments here. The Candyman delivers the goods.

This is an interesting song that references the 13 mythical paintings that the Clowns have concocted with their own blood mixed in with the paint. To own a piece of Violent J and 2 Dope’s DNA is a very intriguing opportunity for any serious collector. Who needs an autograph when you have the serial killer’s red stuff for your very own? Is this a song? Is this an advertisement for the paintings? Does it even matter. I must say that I’ve played this song almost as many times as the Ding Dong Doll. It just sounds good. I don’t give a fuck as long as I get my dose of the clown style that this song delivers. Here comes the nodding again, so yeah….it passes with flying colors. 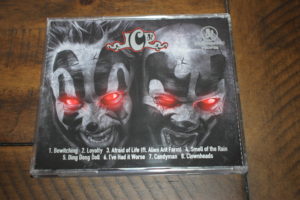 Extended noise and distorted talking follow the last track and its interesting and mysterious. It seems to be an outro of sorts but again,

it’s the kind of shit that I dig. I’m from the old school and can appreciate the weird, strange, and different. Sometimes you just have to absorb the music and roll with it, wherever that shit might take you. I did and I’d do it again. It goes on for a bit and if it never stopped, I’d be fine with it.

Four broken forty bottles out of Four (translation: go buy it, its good)

#tgif @wowtashawow – Would You Mind Please Pulling Me Close?…